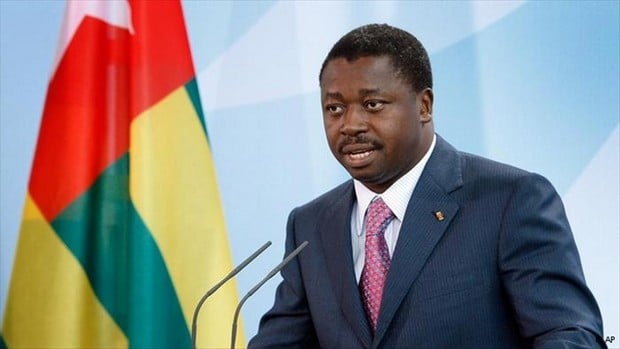 Faure Gnassingbé is elected for his third 5 year term at the head of the Republic of Togo.

On Sunday, the constitutional court confirmed his victory against his main opponent, Jean Pierre Fabre, with about 59 % of the votes.

The new elected president, Faure Gnassingbé, took an oath on Monday, 4th May in front of the constitutional court that has assigned him with his presidential duties.

As a reminder, the son of the former president, Gnassingbé Eyadema, has inherited from a revised constitution that removed the constriction of the term limits.

Holder of a Bachelor degree in economics and management of the Paris-Dauphine University and an MBA of the George Washington University, Faure Gnassingbé has been president of Togo since 2005.

He was Member of Parliament then minister of Public works, mines and Telecommunications within the government of Koffi Sama.