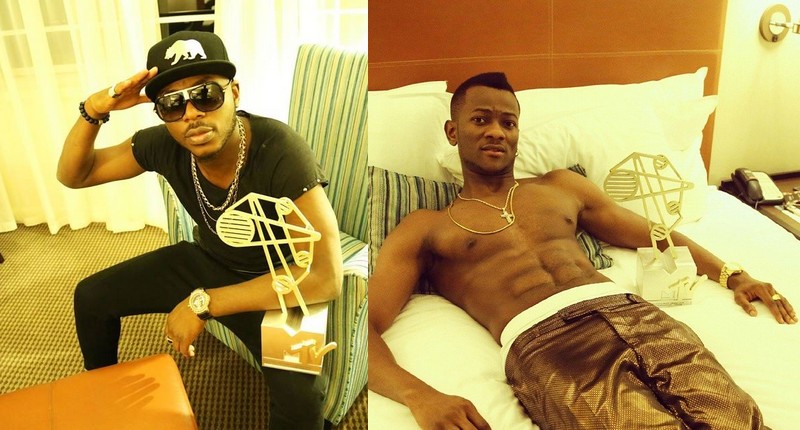 « Les fils du vent » (The sons of the wind) do not waste time. Winners on Saturday in Durban (South Africa) of the trophy « Best French-speaking artist » at MTV Africa Music Awards, Toofan launches themselves into the conquest of new titles. The Togolese group is nominated in two categories at the FRIMMA 2014 in the USA.

After their consecration at the MTV Africa Awards, Master Just and Barabas addressed on the Facebook  page of the group, the messages of thanking to their fans and to God. « Thank you dad God, always in front of; no doubt« , Barabas with the photo of the trophy published. « Thanks to all the fans and especially to the Almighty…; and no comment », added Master Just.

The promoters of the Gweta dance did not stop celebrating their victory before launching themselves into a new adventure. The group is nominated in two categories at the FRIMMA 2014 (best African group, Best dancing video clip) with their concept that is beyond the borders of Africa.

Another Togolese artist, Stanlux participates in the AFRIMMA awards. He is nominated in the category « Best traditional artist » besides the famous names of music African as Flavour, Kwabena Kwabena (Ghana), Bassekou Kouyate (Mali) or Mrisho Mpoto (Tanzania).

The vote still continues on the site of the compétition.

Revealed in 2006 with their Obgragada concept that made Togolese dance during their first participation in a final phase of the World cup, the Togolese group has been cumulating successes with several dances. Toofan is also the promoter of the Cool Catché dance.