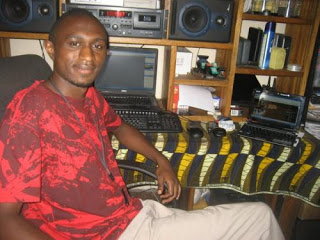 He is only 25 years old, but the boldness of the biggest of the web! Nothing frightens him, even to attack the monster of Facebook which is celebrating its 10 years!
Welcome to the city of Goma, head office of Kongo Connect which is a community site set up with limited means by a young 25-year-old Congolese, Zacharie Kambale Mayani.
This young Congolese is a brilliant developer. His dream is to create the new African social network. No matter if Mixt already exists. And no matter if the system he proposes is closer to the one of Facebook. He assumes: « it is just like this so that « the users can find their way around », he defended.

We find on his Kongo connect almost the same functions as on Facebook « add » friends, « like » and « share » links, pictures and other contents …
But the young creator also intends to manage in imposing his personal mark: « we are currently working on new features in order to distance ourselves from Facebook. We think of the possibility for the users to share books in an on-line library, but also a service of micro-finance, voice call … »

His network he launched in June, 2012 is still far from success. He gathered only about 1 500 members. But there is a beginning for everything. Zacharie Kambale Mayani is aware of it.
He also knows his means and his limits. He invested 2 000 dollars, a large sum for him but derisory for this business. For the moment, the site is managed from a cyber, even via mobile phones. « To have a permanent connection at home, in Goma, costs enormously while the flow remains very low ».

But in the course of months, he managed to professionalize his structure. The site is temporarily host in London and in the United States « . Until « goodwill people express their interest to support the initiative « .
« Our social network is still young, and we are motivated, in spite of all these difficulties, to continue to work for its development »
Zacharie Kambala that his close relations nicknamed « Gates » quickly hopes to speed up one day…