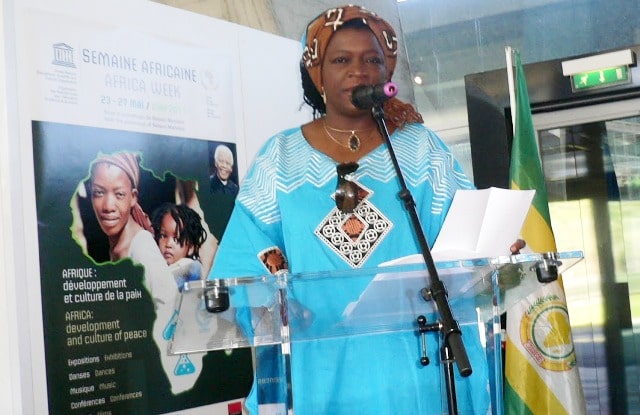 Africa is honored: cultural and artistic treasure celebrated by the UNESCO

The treasure of the cultural and artistic heritage of Africa was celebrated from 21st to 25th on the occasion of the African Week at the UNESCO, at the head office of the UN organization in Paris.

Introduced by the African Group with the UNESCO, this week was marked by exhibitions, discussions and film projections on the theme chosen for this edition: « Education and the science at the service of agriculture in Africa ».

The objective was to discuss about the challenges connected with the African continent and to make known the treasure of Africa through numerous activities with the participation of singers and dancers, painters, creators and models coming from four all over Africa to put in the spotlight this rich continent, both in its diversity and in its cultural and artistic heritage.

Several Round Tables and conferences treating themes concerning the role of agriculture in the development of Africa were on the agenda of this event.

Conscious that the African continent will probably get a population boom in the next decades, the African State member group with the UNESCO wished to discuss questions related to African population such as science and education for a better management of natural resources or how to feed a population always more numerous in the environmental protection.

The speakers during the opening ceremony of this week in which took part the ambassador, the permanent representative of Morocco with the UNESCO, Zohour Alaoui, underlined the efforts granted by the Kingdom and its contribution to the organization of this event that allowed discussing about the main challenges connected with the development of the African continent.