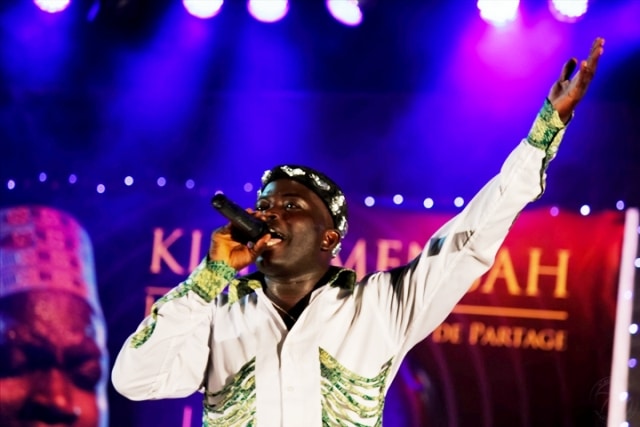 Nicknamed King of Togolese music, King Papavi Mensah has been staying since last 14th May in Japan where has been presenting through the big cities of the country until 26th May.

This tour that is occurring within the framework of African day celebration, is supported by Togo embassy in Japan, the Universal Union for Peace, the Rotary club, the office of the parliamentarian Tetsuya Togo, Togo-Japan friendship club.

On the whole, 6 concerts are scheduled within the framework of this tour respectively in Togo-Cho, in Osaka, in Takarazuka, in Nagoya, in Sendaï and in Tokyo.

According to the steering committee, the particularity of this tour of King Mensah in Japan is because each of these concerts will be coupled with a sensitization of participants on the opportunities that Togo is offering in terms of investment and tourism.

« The tour of King Mensah into Japan answers one of the missions assigned to Togo diplomatic representations abroad, that of assuring the influence of Togo in host countries especially through valuation of its culture. Thus, the performances of King Mensah will make Japanese public discover Togo cultural varieties through songs and dances inspired by the country », explained Mr. Steve Bodjona, in charge of affairs at Togo embassy in Japan.

For Mr. Bodjona, « it is for the embassy and thus for Togo to get much profit from the tour ».

As reminder, King Mensah made in 2013 a similar tour to Japan, organized by the Embassy on the occasion of the 53th independence anniversary of Togo. Concerts took place mainly in Tokyo on 27th April and in Sendai on 28th April.