dernières nouvelles
Accueil / Politics / Barack Obama: «I am president of the United States but also son of Africa» 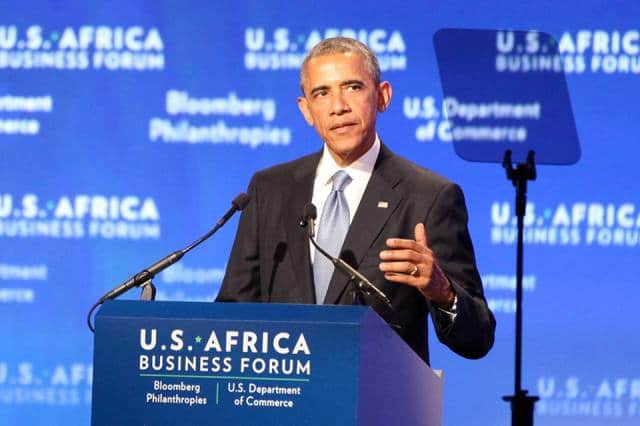 Barack Obama: «I am president of the United States but also son of Africa»

After his wife, Michelle last week, it’s the turn of Barack Obama to assert loud that he is proud of his origins.

During an official dinner on Tuesday evening in the White House gathering all the leaders in the US-AFRICA Summit, the American president drank a toast in these terms: « I am before you this evening as the United States president but also as son of Africa. The African blood flows into my veins ».

And he continued: « For us, the link between our countries, our continents are really narrow. We are proud of these links. Of all the most wonderful moments of our journey, the most memorable moment was to take Michelle and later our two girls into the native country of my father, Kenya« .

« And each of us was inspired by extraordinary African young people we met, not only in Africa, but more recently, here in Washington last week, when we welcomed the young leaders of the Mandela Washington Fellowship coming from most of your countries. These young people showed to the world that Africa has talent and the will to forge a new future« , the very first Black president in the White House moreover congratulated himself.

The American president did not miss to appreciate the new Africa, Africa that makes a commitment in favor of peace, prosperity and justice.

« We are making the history this evening. I propose a toast in the honor of Africa that emerges, so promising« , launched Barack Obama.

For the latter, the future belongs to those who build, not to those who destroy.
Let us remind that the US-AFRICA Summit came to an end on Wednesday.