The news is released by the Journal de Brazza. Women film-makers of Central Africa make an appointment from 13th to 17th June of this year in the Cameroonian capital for a writing session.

This session will be organized under the theme « When the idea becomes a movie« , in prelude to the 6th edition of the International Women’s Film Festival planned from 24th 27th June 2015.

It is an initiative from the Mis Me Binga association that benefits from the support of the Goethe Institute Kameroun and the Academic (Association for ladies of picture of Cameroon).

The writing session aims at supporting the scenarios likely to be carrier of attractive movies that open new perspectives in their shape, theme and universe.

It also aims at supporting emergence of the talented film-makers, native of the countries of the South. It also aims to be to be exchanges melting pot between scriptwriters from various horizons and cultures.

By already selecting and supporting scenarios set forth and by supervising their development in a rigorous timetable, the writing session wants to give all opportunities to women film-makers so that they find artistic and financial partners.

An experienced film-maker trainer will follow the authors in the various works. The writing session is an important environment for the sharing of film experiences between project leaders, trainers, producers and diffusers present in Yaoundé. 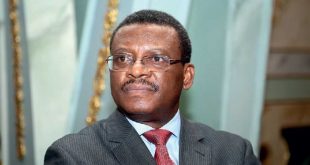