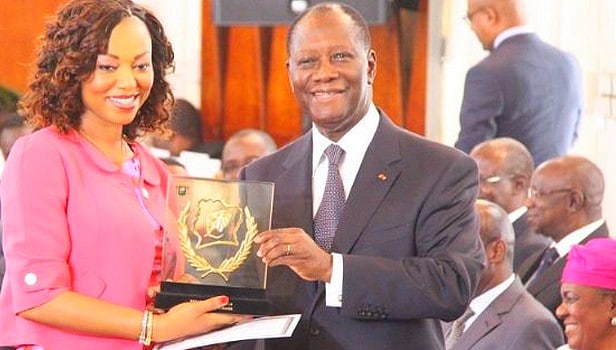 Ivory Coast celebrated on Friday, 1st August 2014, the second edition of the national day of excellence. The president of Republic, Alassane Ouattara seized the occasion to reward 55 prize-winners.

Since 2013 and on the eve of the celebration of the national Independence Day, Ivory Coast has been celebrating actors having given evidence of exemplary in the fulfillment of their activities.

This year, the choice concerned 19 legal entities and 36 natural persons among whom 14 women. The prize-winners who were received at the presidency palace by the Head of State, left with each, an envelope of 10 million FCFA.

The president Ouattara is personally committed to make of Ivory Coast, an emerging country. For this, he gave a particular importance to human resources. « We celebrate you today. Because you are men and women the most representative of the various sectors in which Ivory Coast should distinguish itself in order to raise itself into the elite of nations« , he declared towards the recipients.

For reminder, the prize-winners arise from the civil service, the local authorities and from Small and medium-sized companies. They are gathered in three categories: public sector (21 prizes), private sector (18 prizes) and civil society (16 prices).