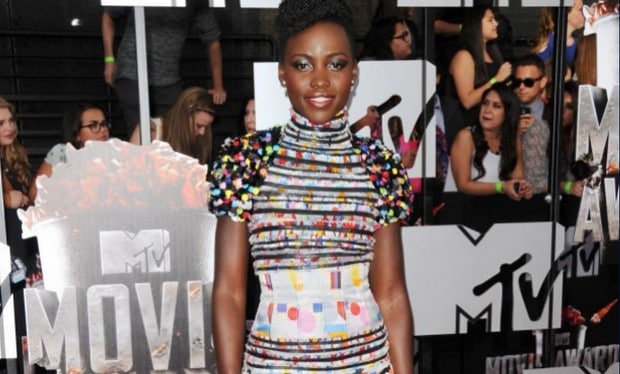 Behind her smile, the Kenyan star, Lupita Nyong’o has perfectly managed to hide the dark periods of her childhood. « The woman of the year » according to the American magazine « Glamour », confided in the columns of the newspaper, the racist behavior she has overcome since her childhood.

« The European standards of beauty are the plague of the world, because believing that darker skins are less beautiful than whiter skins is the key for the success and love. Africa is not an exception. (…) When I was at high school, one of my professors even told me: « when are you going to find a husband? How are you going to meet somebody darker than you? I was terrified« , remembered, the Kenyan actress.

The new muse of Lancôme brand had lived stigmatization for a long time due to the color of her skin. She kept the images of a TV commercial that traumatized her.

« I remember having watched an advertising where women had interview but did not succeed getting a job. Then, one of them applied cream to clear up her skin, and she got the job! The message was clear: Black skin is unacceptable« , she declared.

Today, Lupita Nyong’o is perfectly happy. She emerged at Hollywood by winning the Oscar of the feminine supporting role with « 12 Years a Slave« , a movie inspired by a true story on slavery that was praised by criticisms. She is also announced to act in « Star wars« .