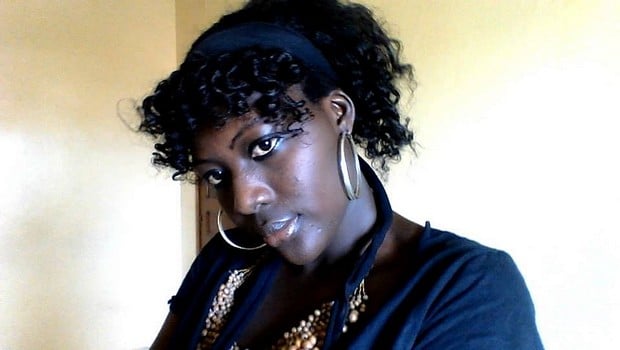 Product of the film club of Dakar « Cinégal Pictures« , Adji Adj Diallo is a talented Senegalese actress who aims at a full and rich career. After « Colères des tambours » and « Poussière d’espoir« , she appears at the right place in the new full-length film « Panique à domicile » that will come out in October 2014.

Adji Adj Diallo is not the main actress of « Panique à domicile ». However, her art draws the attention of every spectator of the movie. Adviser of the main actress, she helps the latter to come out of her torments. Indeed, the star of the movie is divided between her political ambitions and her consciousness. Her son just escaped a kidnapping plotted by her power-hungry favorite candidate.

The movie « Panique à domicile » dips back Senegal into its ancestral culture. In order to help her friend, Adji Adj Diallo proposed to her friend services of marabouts; a very common practice in Senegal.

The overflowing talent and energy of Adji Adj Diallo remind us the young Hollywood star of Kenyan origin, Lupita Lupita Nyong’o. The dream of the Senegalese is to follow as her the steps of great international festivals. In order to reach this level, she is equipped with necessary means.

Beyond her skills of big actress, Adji Adj Diallo has a remarkable higher education record. Very young (about twenty years old), she was a Master’s degree holder in communication and management of international business. Diallo is also a sales manager of a company of import-export, what allows her to be sheltered from financial concerns when we know that in Africa cinema is not the most profitable activity.

Adji Adj Diallo is committed to decipher with a remarkable objectivity the environment of African cinema. The actress believes in the development of cinema in Africa. However she calls on the State authorities in charge of this domain to take actions. She regrets among others the weakness of the production of Senegal which according to her was a reference in Africa in the years 1960-80.

« There are more and more television series that open all the same new perspectives. It is a genre that pleases the Senegalese a lot (…) But I think they could be hardly exportable« , she noticed.