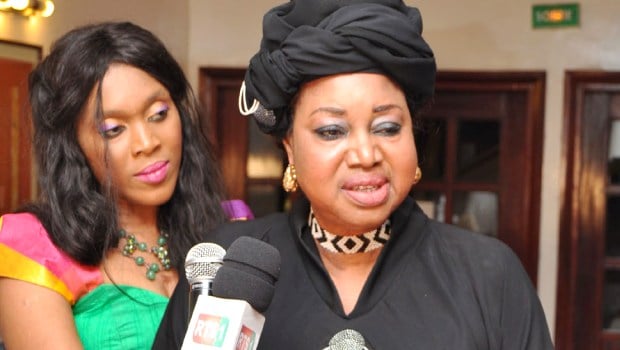 Senegal: Women involved in peace making and stability of the country

A group of women associations and leaders of Senegal launched last Friday in Dakar, the National Synergy of Women (SYNAFE) which one of the objectives is to impact on peace and stability of the country, said Khady Fall Tall (photo with the microphone), coordinator of the commission of the initiative. It was what reported APA New.

« The Synafe that aims to be an organization for proposals, exchanges and dialogue for all the Senegalese women, intends to surely impact on the elaboration and the implementation of the public policies by the government. The active participation of the aforementioned institution in search for solutions around all the questions related to the national interest, will also have an impact on peace, stability and the development of Senegal« , declared Khady Fall Tall, quoted by the news agency.

She expressed herself during the launch of the SYNAFE in the presence of the former Senegalese Ministers, Ndioro Ndiaye, Innocence Ntap Ndiaye, Sophie Gladima Siby, and Malian, Oumou Touré.

To reach its purposes, the National Synergy of Women plans to use among others strategies, mediation, plea, communication, economic, political, social leadership and environment, capacity buildings, lobbying.

According to its initiators, the SYNAFE was set up further to the report of difficulty experienced by the socioeconomic and political interlocutors of women because of the lack of a proper environment facilitating the implication and the participation of women in the national concerns that question the country.