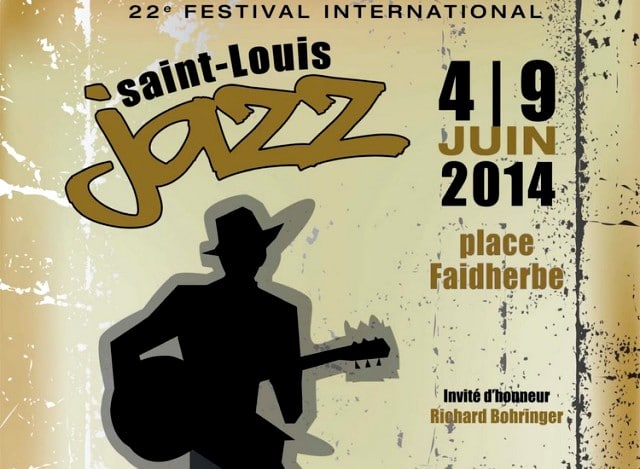 Senegal: Saint-Louis revives with Jazz from 4th to 9th June

The 22nd edition of the international festival « Saint-Louis Jazz 2014″ will take place from the next 4th to 9th June in Senegal.

For this edition, the festival is going to dedicate, in its Off programming, a retrospective / tribute to the great diva Aminata Fall. This pioneer voice of Senegalese jazz and blues, died on 24th November 2002, went twice on stage of In (in 1985 and in 1998).

During this retrospective, visual artists are going to trace back her real-life experience through works that will be exhibited during this festival.

For this year, the person in charge of the artistic programming, Mame Biram Seck specified that the honorable guest is the film-maker, writer and musician Richard Bohringer.

The organizers show more convinced intentions, especially for Off where Pape and Sheik, Fata and other local groups are going to communicate with the public by using a more direct and more accessible musical language.

It is also planned manifestations around the festival, in this particular, fairs (home-made and commercial), tours in canoes and in horse-drawn carriages in order to put in the spotlight, all the historical, cultural and tourist heritage treasure of this tercentennial city.

Mr. Seck underlined that Gospel also looks different from the one of the previous editions.

During two days, concerts will emphasize on this lay person mixture with spiritual by joining Blues and Jazz, always in its hangout: the cathedral of Saint-Louis.

This will help to discover this type of songs of religious look thanks to the collaboration between Saint-Louis / jazz and the coordination of Saint-Louis diocese.

This other look of the festival at the rhythm of violas, tenors, sopranos, brass instruments, stringed instruments, percussions, will give moments of communion and sharing of strong feelings.

The « stage of the artists » is back at the French cultural Institute of Saint-Louis and will be an opportunity for Saint-Louis / jazz to establish a real musical bridge between artists from here and there.

For this year, the chorus-singer Ablaye Cissokho and his friends will be the basic group to which stage of In musicians will be added.