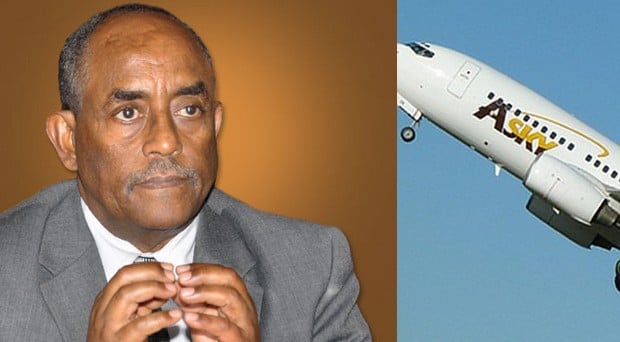 The news is not officialized yet. However, sources closer to the Pan-African airline company, Asky, evoke the resignation of the managing director, Yissehak Zewoldi. The latter is abandoning his functions for personal reasons according to the same sources.

Yissehak Zewoldi has been managing the Asky Company based in Lomé (Togo) since 2013. He succeeded to Awel Busera at this post. The Ethiopian manager was a vice-president for strategic planning at Ethiopian Airlines, major shareholder and technical partner of Asky. His appointment at the head of the company was seen by the regional media « as a change chairs ».

Created in 2007, the Asky Company operated its first flight in 2010. Today, it operates 23 stations located in 20 countries of West and Central Africa. In spite of its nice performances in the African sky, the company proceeded early this year to a series of dismissals considered unfair by the employees and the Togolese local press.

« The atmosphere thus became hot at Asky where the days to come look very tumultuous« , wrote the courrierdafrique.com site.