dernières nouvelles
Accueil / Country / Maghreb / Algeria / Death of Noura: Bouteflika is mourning one of the icons of Algerian music 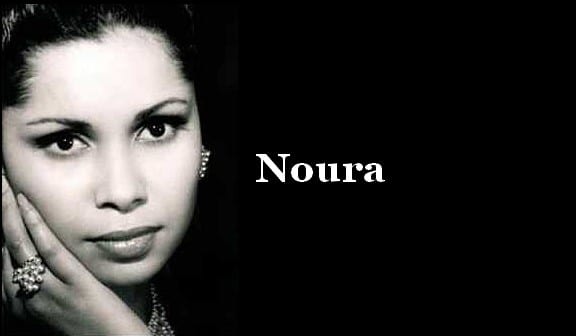 Death of Noura: Bouteflika is mourning one of the icons of Algerian music

Since the announcement of her death on Sunday, 1st June, the family of the artist Noura (of her real name Fatima Badji) has still continued receiving messages of condolence. The Algerian president Abdelaziz Bouteflika also expressed himself on the disappearance of the 72-year-old star.

In his condolence message, the Algerian president paid an emotional tribute to the illustrious missing person. « Algeria and the artistic environment have just lost a star among the pioneers of the authentic song, the artist Fatima Badji, well known under the name of Noura, who honored for more than a half century the Algerian music », he wrote.

In France, Several hundred people in particular artists (musicians, comedians, media producers among others) paid a last tribute to the Algerian singer whose coffin was displayed on Tuesday to the death chamber of the Lariboisière hospital. The ambassador of Algeria in France, Amar Bendjama took part in the ceremony.

Born in 1942, Fatima Badji owed her career, in the showbiz, to Saïd Rezzoug, radio station manager who entrusted her to the composer and conductor Amari Maâmar (1925-1994). Her artist name came from the exclamation of the poet Sid Ahmed Lakehal, amazed by her performance: « Noura, you were magnificent! »

Noura is considered as the first Algerian singer to reach the status of a star. She is also the first singer from the Maghreb to win a gold disc at the beginning of 70s.