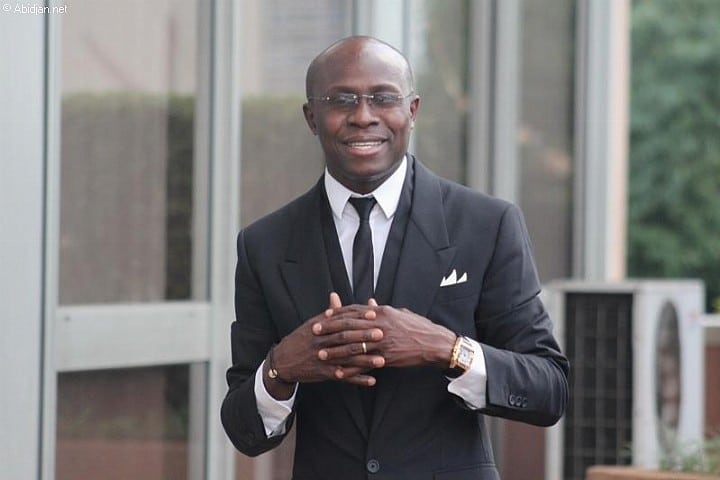 Today, the Ivorian David Monsoh belongs to the list of the most famous African producers. The man, whose name appears in several African and West Indian artists’ songs, is famous by his capacity to make of illustrious unknowns, real stars. Gaji Celi, Koffi Olimidé, Magic System and Fally Ipupa are among others famous names of African music that passed through  Obuo Music, the stable of the Ivorian.

By going to study in France with the help of Nayanka Bell, David Monsoh could not avoid artistic universe the African music diva. Certified after two years at CESG vocational technical school of Paris, David acquired in parallel, experiences in film production thanks to Mr Pascal Leibel, the husband of Nayanka Bell.

His collaboration with the artist Nayanka for the promotion of her album « Visa » brought out in 1994 was the baptism of fire of the Ivorian in showbiz world. First attempt, masterstroke, the artist of whom David was the manager was consecrated the most beautiful feminine voice of Africa during the Golden lions award trophy in Paris.

Motivated, David Monsoh tried a second experience with the former international Ivorian, Gadji Celi who just put an end to his professional career. David suggested producing his album « Espoir » brought out in 1994. The title « King Solo » became a hit all over the world.

In 1996 David coproduced « Effrakata » then two years later, « Affaire d’Etat » with the Congolese star Koffi Olomidé. He stood out over time and became the executive producer of the « Grand Moapo« .

In 1999, after the success got by 1er gaou, David decided to take care of Magic System. He participated in the success of Zouglou group in France and in several European countries.

In 2002, David Monsoh met the Jet set of Douk Saga in a Parisian night club. Impressed by the show of the young Ivorians, he contacted them in order to shape their musical genre. It was without taking into account the leader Douk Saga. He succeeded in convincing them with the help of Lino Versace. It was thus that came into being « the coupé décalé« , a kind of musical dancing that got a real success.

His meeting with Fally Ipupa

David Monsoh has never doubted about the skills of the young Congolese artist Fally. Both people met in 1998. At that time, he was in « Talents Latents » group. « I already noticed this boy in years1998-1999, when he was still a member of « Talents Latents » group of Kinshasa. He was doing very nice things before joining afterward Quarter Latin group. I recommended him to Koffi Olomidé so that he could learn by his side because I should produce him sooner or later. I am happy today to work with him », declared David Monsoh during an interview granted to abidjantv.net.

Today, David Monsoh and his protégé do not collaborate any more. The producer blamed the artist for having signed a contract with another production house without letting him know. « Fally went and signed somewhere else without letting me know. Well, it is also part of life », he declared before adding that he did not have time to get back his investment in the career of the artist.

David Monsoh did not become jobless after the departure of Fally Ipupa. The Ivorian got back home one of his former children. « As it is my job and as Ferré Gola also is a good singer who needs success, I then take care of him. People should know that I was the one who made the first album of Ferré Gola. But due to their stories of rivalry with Fally, he did not want to follow the competition and preferred to leave. Now that Fally left the house, Ferré is back because he understood that the work I have been doing is always very professional », declared David Monsoh.

David Monsoh is also also planning to produce another young Congolese young that he discovered by chance. « His name is Héritier Watta. He is preparing on a song to pay tribute to Didier Zokora during his marriage. I am working on that. It is this kind of originality that I am trying to make discover and launch as the opening that I made for other artists« , he indicated.