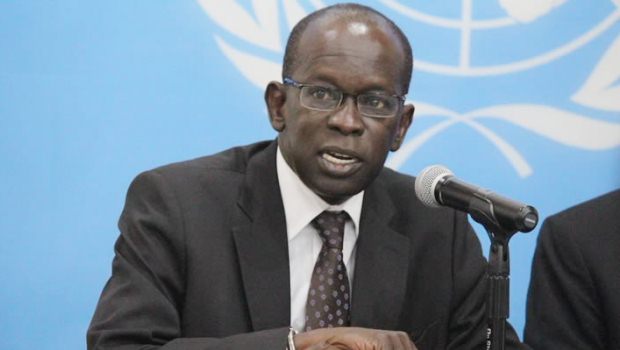 The Senegalese, Abdou Dieng was appointed the new person in charge of the management of the Ebola crisis in Guinea, replacing the Rwandan, Marcel Rudasingwa, died recently in Conakry.

Main humanitarian Coordinator in the Central Republic of Africa from December 2013 to May 2014, Mr Dieng is going to join the United Nations Mission for the emergency action against Ebola (MINUAUCE) in order to guarantee a fast and effective international reaction against the Ebola crisis in the country; indicated a communiqué from the UNO.

Economist by training and 59-year-old, he has occupied, since 1994, several logistic posts in Angola, Italy, Haiti, Nicaragua and Cameroon within the World Food Program (WFP).

He then was the country manager for PAM in Guinea-Bissau, Ivory Coast, the Democratic Republic of Congo and Ethiopia, having occupied the same post in Guinea.