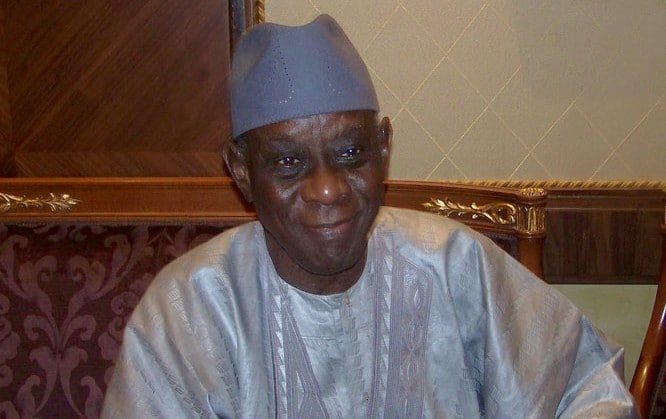 Cheikh Hamidou Kane: For the United States of Africa!

The Senegalese writer Cheik Hamidou Kane, the author of the famous book « Ambiguous Adventure », interviewed by the site Africultures on the fringe of the last book and book fair held in Geneva (from 30th April to 4th May 2014) evoked the future Africa that has to pass by a federation of African States.

« It is necessary for us in any case to go towards integration, the United States of Africa. We could not do as Americans who passed through the situation of colonial dependence to that of federation. We missed this opportunity. If Independence arose at the same period in almost all African countries, it was done in a scattered manner », he declared.

For the Senegalese writer, Africa does not have strong institutions yet. Army and currency of African States (especially French speakers) are too weak to carry the development of the continent.

« Franc CFA which meaning was « French Colonies of Africa », changed to « African Financial Community ». But it is the same currency that does not still serve interests of Africans. An African currency would be needed. The armies of 55 countries of Africa are illusions. During the crisis in Mali, all the 15 countries of ECOWAS combined their armed forces but it was France that had to come with its army to « save » Mali. We have enactments of armies, enactments of governments », he added.

Cheik Hamidou Kane just like the famous author Joseph Ki-Zerbo, considered that Africa was dispossessed of its political initiative (we no more have kings and emperors since the arrival of Europeans), of its cultural identity (none of our countries has for official language an African language, except maybe some rare countries as Rwanda), of its space because the 55 countries of Africa are former 55 colonies, those that the Europeans cut into pieces during the congress of Berlin..