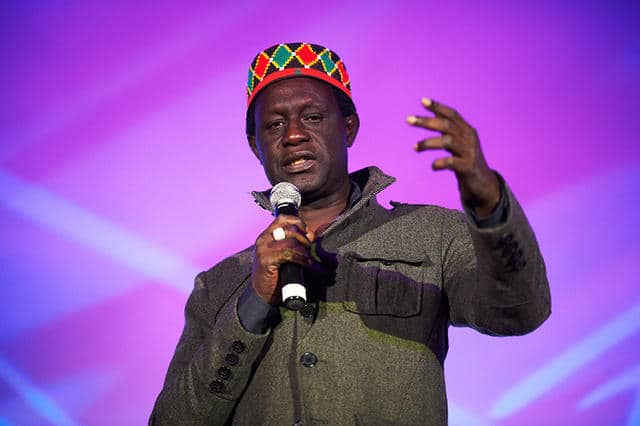 2014 is the year of Moussa Touré. The Senegalese film-maker just won the Public Prize of the 9th Ecological Festival « Okofilm » of Postdam in Berlin (Germany). He won this new distinction thanks to his movie « La Pirogue » released in 2012.

« The prestigious trophy of the public very desired by film-makers was handed, on Tuesday, 29th April 2014, to professor Maguèye Kassé who represented the director Moussa Touré at the solemn awards ceremony », announced the cultural journalist Alassane Cissé on APS.

The movie “La Pirogue” by Moussa Traoré won in 2012 the Golden screen 2013 that came with an envelope for 2 million FCFA during the 17th edition of “Festival du Cinéma Ecrans Noirs” (Festival of Cinema Black Screens).

The Senegalese director Moussa Touré was chosen as jury member of the official selection “Un certain regard” during the 67th Festival de Cannes  that will take place from 14th to 25th May.

Born in 1958 in Dakar (Senegal), Moussa Touré has a long experience in the domain of Cinema. From his young age, he coped with the environment and doing small jobs. Electrician at first, he became a production assistant before realizing alone his own movies.

Here is the synopsis of the movie “La Pirogue”

A Fishermen’s village in the outer suburbs of Dakar, from where leave numerous boats. At the end of an often murderous crossing, they will join Canary Islands on Spanish territory. Baye Laye is a captain of a fishing boat, he knows the sea. He does not want to leave, but he has no choice. He will have to drive 30 people into Spain. They do not understand one another, some have never seen the sea and nobody knows what is waiting for him.