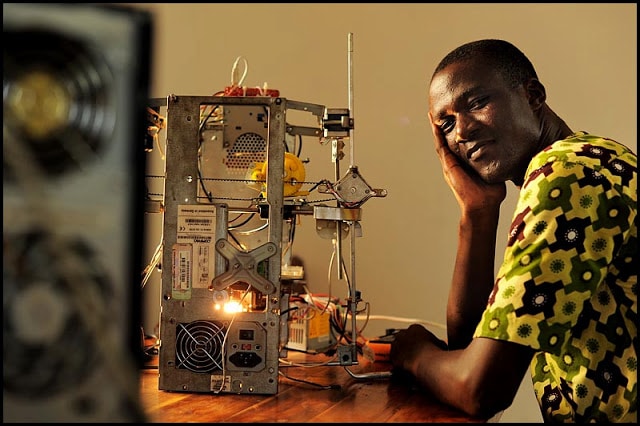 Innovation: 3D printer «100% made in Togo» rewarded in Barcelona

« Wafate 3D Printer » or the printer of the poor people impressed the international jury during the 10th International Conference of FabLab (incubators laboratories) in Barcelona. One of the particularities of the invention of the Togolese is the nature of the materials used in the manufacturing of his printer. Indeed, the Togolese did not request large production units from the West before bringing out his baby that aroused the curiosity from all. Computing waste was enough for Afate Kodjo Gnikou to create an operational 3D printer.

The invention of the Togolese « 100 % made in Togo » aims at being ecological, democratic and destined to the poor people. The Togolese Minister of Posts and the telecommunication, Mrs Cina Lawson congratulated the prize-winner and reaffirmed her supports to the project.

The three-dimensional printing allows producing a real object: the file of the object drawn in CAP (Computer-Aided Production) is sent to a specific printer that cuts it into slices and puts or solidifies the material layer by layer in order to obtain the final object. The system is thus rather close to the one of a classic 2D printer: the buzzards used that leaves some glue, are moreover identical to those of printers used in office. It is the piling of these layers that creates a volume.