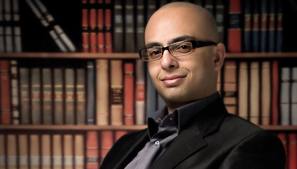 It is one of the most prestigious literary rewards of the Arab world.

Henceforth, the six finalists of Arab Booker Prize are listed. And the prize-winner will be known on next April 29th during the opening of the fair of Abu Dhabi.

Their authors will receive each 10 000 dollars (approximately 7 300 euros) as well as the possibility of publishing their works and translated for the circumstances into English for an international public. The prize-winner will receive 60 000 dollars.

The odds-on favorites of this short list are the two Moroccans, Youssef Fadel are and Abdelrahim Lahbibi, both appeared on this list. The first is the author of « A Rare Blue Bird that Flies with Me, a fiction in a dark Moroccan reality. A young woman, Zina is in search of her husband, Aziz, a pilot, missing eighteen years ago. In “The Journeys of Abdi, known as Son of Hamriya”, the hero of Abdelrahim Lahbibi discovers a manuscript written in the style of Ibn Khaldoun.

Also competing, “The Blue Elephant” of the Egyptian Ahmed Mourad, known for his short films rewarded in Europe (« The Wanderers », « Three Papers » and “On the Seventh Day”). His work explores the personality of a psychiatrist.

List of selected movies:
– A Rare Blue Bird that Flies with Me, of the Marocan Youssef Fadel (Dar al-Adab)
– Tashari, of the Iraqi Inaam Kachachi (Dar al-Jadid);
– No Knives in this City’s Kitchens, of the Syrian Khaled Khalifa (Dar al-Ain);
– The Journeys of Abdi, known as Son of Hamriya, of the Marocan Abdelrahim Lhabibi (Eastern Africa);
– The Blue Elephant, of the Egyptian Ahmed Mourad (Dar al-Shorouq);
– Frankenstein in Baghdad, of the Iraqi Ahmed Saadawi (Al-Jamal).