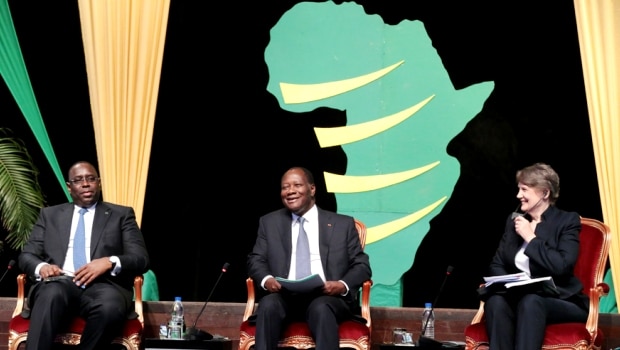 Ivory Coast is a « model » regarding economic development, declared Mrs. Helen Clark, Director of the United Nations Development Programme (UNDP), on Wednesday at the opening of the international conference on emergence of Africa, in the presence of the Heads of States of Ivory Coast, Alassane Ouattara, and of his Senegalese counterpart, Macky Sall.

« With its strong growth of these recent years, Ivory Coast is a good example of the African countries potential« , appreciated Mrs. Clark whose institution is a co-organizer of the international conference with the Ivorian State.

According to the UNDP director, emergence and human development refer to refined policies in the domains of social inclusion and human security as well as the improvement of the provision of social services.

Before her, the Minister Planning and development, Dr. Albert Toikeusse Mabri, situated the stakes of the conference that makes of Abidjan the capital for the emergence of Africa.

Africa, he said, will be inspired by the experiences of the BRICS countries which emergence constitutes an example to be followed.

« Ivory Coast undertook the way of emergence thanks to a series of actions of which the National Development Program (PND 2012-2015), the stabilization of the business climate… » which make of this country « the laboratory of emergence in Africa« , assured Mr. Mabri.

For the Senegalese president, Macky Sall, who dreams of making of Senegal an emergent country on the horizon 2035, Abidjan deserves its title of the capital of emergence in Africa underlining that the conference should « confirm that Africa is on a good way« .

According to President Sall, the Emergent Senegal Program (PSE) targets a 7 % growth over 10 years. « It is conceived to carry the growth rate at least at 7 % and maintain it at this level over a period of 10 years« , pointed out President Macky Sall.

« Africa should be considered not as a continent of the future but as a partner of the present« , underlined Mr. Sall, insisting that the continent needs resources mobilization and not help.

Before declaring the conference open, the Ivorian Head of State, Alassane Ouattara explained that « emergence is a challenge on the future; the future needs to be planed and emergence to be built« , presenting the ten essential points composing this emergence.

The international conference on emergence of Africa comes to an end on Friday, 20th March. 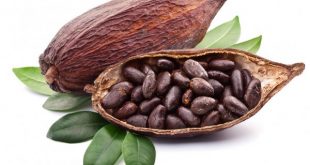