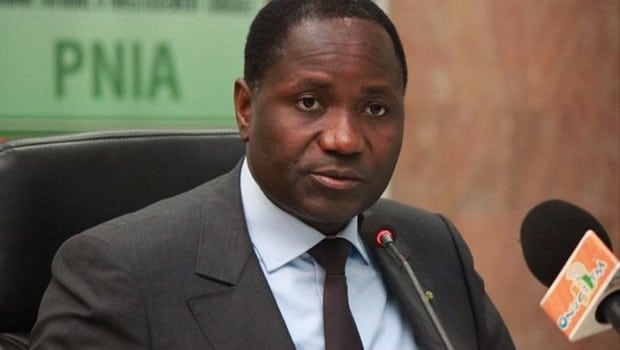 Ivory Coast: observance of the declaration of Maputo within 2015

All the sectors of the Ivory Coast economy have been moving since a few months. After the multiple reforms undertaken the mining sector, the country henceforth makes of the development of its agriculture, a priority. During the ceremony of presentation of the National Program of Agricultural Investment (PNIA) 2010-2015, Ivory Coast Minister for Agriculture, Mamadou Sangafowa Coulibaly, indicated that Ivory Coast will dedicate 10 % of its annual budget to agriculture.

Ivory Coast wants to observe the commitments made in Maputo in 2003 that oblige the African countries to dedicate 10 % of their budget to the farming sector. Only Niger, Burkina Faso and the countries of Maghreb reached this figure.

The Ivory Coast Minister explained the delay occurred due to the political crises that paralyzed Ivory Coast. « You all know that we spent ten years of crisis and at the end of this crisis, it was necessary to rehabilitate all the country in every domain (…) I think that before 2015, Ivory Coast can reach the goal of 10 % of its budget dedicated to the agricultural investment« , he specified.

As a reminder, the agriculture represents 25 % of the GDP of Ivory Coast. Ivory Coast supplies at present 36 % of the world cocoa with 1, 3 million tons of beans of the brown gold. These figures show the strong progress of the country that produced only 1,2 million tons the last season.

With the new National Program of Agricultural Investment (PNIA) for the amount of 2040 billion FCFA, Ivory Coast plans to increase its agricultural production and make it « the future of the country« , as wished it Minister Mamadou Sangafowa Coulibaly.