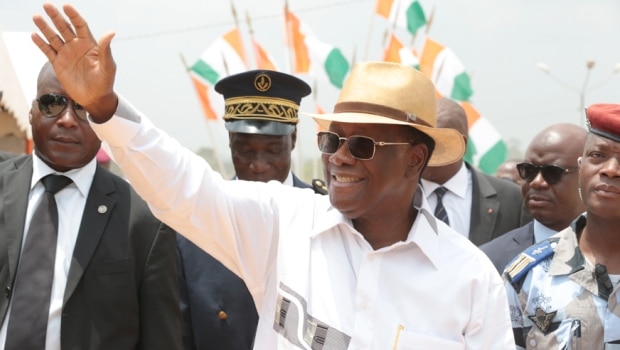 The Ivory Coast president, Alassane Ouattara, in official visit in the region of Nawa at Soubré in the Southwest, promised on Thursday « to chase » until « eliminating » road attackers who rage in this agricultural production zone.

« Your region being rich, road attackers, especially during the period of the cocoa campaign, attack our parents who produce cocoa and coffee in the region« , regretted Mr. Ouattara before reassuring: « trust us, we are going to chase them and we manage to eliminate them« .

The Ivorian Head of State, recognizing that it is « the concern of you and I too », intends to continue « supporting the gendarmerie » that deploys, according to him, « important means« .

The road attack phenomenon creates a growing insecurity on the Ivorian roads where we often deplore losses in human lives.

Alassane Ouattara presented his first meeting in Soubré within the framework of his official five day visit in the Bas-Sassandra District that will successively lead him to the regions of Gboklè and San-Pedro composing with Nawa, the aforesaid District.