His fans have been awaiting him for five years, since his Nigerian Wood, which had a great success.

The Nigerian guitarist and singer returned with Captain Rugged. For Keziah Jones, Captain Rugged is an African super-hero, « an Afro Super Hero ». And he had a big ambition for this album « which has to inspire current and future generations in Africa, restore them hope and conviction that they can change the continent themselves ». A whole program!

« It is actually about a satiric album on power, politics and magic. In Captain Rugged, I tell the painful epic of refugees, immigration and exile. For me, all these people are « rugged », strong. They are all survivors, thus super-heroes »

Keziah Jones was born at Olufemi Sanyaolu in Lagos, Nigeria on October 1st, 1968. He very quickly emerged with the blues, the soul and the funk before creating his own style: the blufunk.

His career is a little bit chaotic.

Son of a big family in Lagos, he was raised by his uncle who lived in Constantine region in Algeria. He then exiled himself in England where he started playing piano at the age of thirteen before launching himself in guitar playing. But it was in the Parisian subway that he got spotted by an art director from Delabel, France in 1991.

In 1993, he brought out the record-manifesto Blufunk Is A Fact, a mixture of the funk and the acoustic blues. In 2003, he got a new success with Black Orpheus. In 2007, he became even more famous with Nigerian Wood.

In 2008, he recorded the song One of the rock group U2 available on the album In The Name Of Love: Africa Celebrates U2, brought out in April 2008.

Keziah Jones then is coming back with a new album.

But he has numerous projects, in particular to create a festival of music Paris-Lagos and to launch himself more into the Blufunk pedagogy. 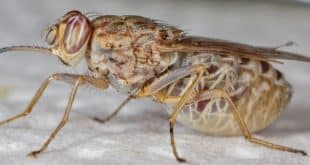