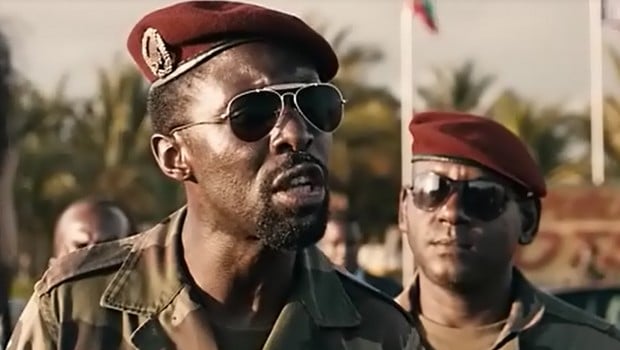 « Le Crocodile de Botswanga« , one of the movies the most visualized in Africa during these summer holidays time will be projected at the next International Film Black Festival Black of Montreal (FIFBM 2014) that will be held from 23rd to 28th September 2014. The movie that confirmed the talent of the comedians Thomas N’gigol (President Bobo) and Fabrice Éboué (Didier) on the international level is scheduled on 24th September with other productions as « Marché Noir » or « L’abominable crime« .

The participants of the 10th edition International Film Black Festival Black of Montreal (FIFBM 2014) will be satisfied. Thomas N’gigol, in the role of the African autocratic president, will amuse the public with his nonsense proverbs without forgetting his wife Jacqueline always sticking to the keys of the presidential jet plane.

As a reminder, Fabrice Eboué and his friends were strongly inspired by the African political current events in the writing of the scenarios of the movie. « How not making it with what takes place in Mali and Central Republic of Africa! But beyond this, why did I work on this subject apart from the fact that I am of Cameroonian origin by my father and that I am interested in the time he lived? Because the relations of France with Africa still continue on geopolitical plan, but also in all the big political debates« , explained Eboue.
The International Film Black Festival Black of Montreal (FIFBM) was created in 2005 by the Fabienne Colas Foundation, a non-profit, artistic, and professional organization dedicated to education. It also intervenes in the domain of arts and supports the creation and promotion of the Black cinema.