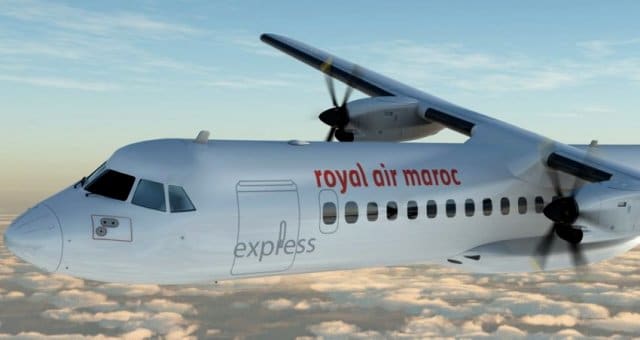 Outside the Farnborough Aeronautics International fair in London, Royal Air Maroc (RAM) won on Tuesday, 15th July 2014 the prize of « the best airline company of Africa » for the year 2014. A prize awarded by Skytrax.

With this prize, RAM moved from 2 to 3 Stars Company in the ranking of Skytrax.

Very motivated by the companies, the Skytrax Award is a world reference in the air transport sector.

During the ceremony, Driss Benhima, the chairman of the national company received the prize from Edward Plaisted’s hands, president of this international organization.

According to the organizers, this prize that is awarded according to the votes of passengers, gave the status of RAM as an international major company on the continent.

It also shows efforts carried out by the Moroccan airline company to improve its services for the benefit of its customers.

Based in London, Skytrax is a famous organization all over the world and in the field of air transport and of tourism in particular for its serious and scientific inquiries that result in rankings rewarding the quality of services within airline companies.

Over a period of 10 months, Skytrax World Airline Awards questioned, for the edition 2014, thousands of passengers from more than 160 countries among whow professionals and private travelers.

The results were released last Tuesday, 15th July in the lounge of Farnborough in the presence of the bosses of the big operators of the air transport and aeronautical industries.

« The Skytrax Awards dedicating RAM as the best airline company of Africa is a deep tribute to the restless work and to the commitment of the staffs to raise the quality of the company to the level of the big airline companies in order to reach the best performances, but we shall be satisfied only when we shall have reached 4 stars in this prestigious ranking« , indicated Driss Benhima.

It is necessary to indicate that Royal Air Morocco serves 32 destinations in Africa from Casablanca. More than 1, 2 million passengers per year board its flights.

« We would like to thank our passengers for their choice of continuous support to still using Royal Air Morocco and this prize is a recognition of excellence and a reward of the highest distinction that however incites us to double efforts in order to offer to our customers the best service on a more and more widened network« , underlined the chairman of Royal Air Morocco.