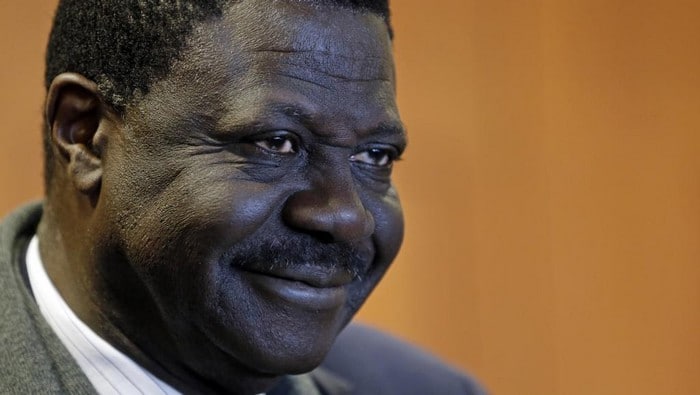 The former president of Olympic of Marseille (OM) is supporting to Senegalese local footbal. The candidate for Marseille city hall agreed to be the sponsor of the 4th edition of Sargal Foot Pro, the gala evening that rewards Senegalese local football actors. Diouf was welcomed last Wednesday at Léopold Sédar Senghor airport by Amsatou Fall and Mathieu Chupin, executive director and chairman of marketing Commission of Senegalese League of professional football (LSFP).

Pape Diouf does not live in Senegal but he carries in his heart his country of origin to which he does not hesitate to be useful in case of need. He was favorable to the request of Senegalese League of professional football (LSFP), to sponsor the 4th edition of Sargal Foot Pro. The Senegalese decorated of the Legion of the Honor at Elysée on 9th October 2013, wants « to help the structure to grow up. »

« Even if I am far from the country, I always considered that it was my duty to give a hand to the football of my country. That is why I accepted the invitation of this institution that wants to give scope to local football », indicated Pape Diouf to APS.

The former president of OM, big connoisseur of football is admiring persons in charge of Senegalese football league. « And I have so much respect for leaders of this entity that I practised for a long time and who demonstrated their commitment in their career path », he declared.

He was born on December 18th, 1951 in Abéché (Chad). Former sports correspondent, football agent, he was the very media president of “Olympique de Marseille” football club from 2005 to 2009.

Since 2010, he has been by the besides of Jean-Pierre Foucault, a shareholder of the European communication school and the « Institut européen de journalism » in Marseille. He is also a consultant on sports bets for soccer with a regular sports column on sport and forecasts on matches.