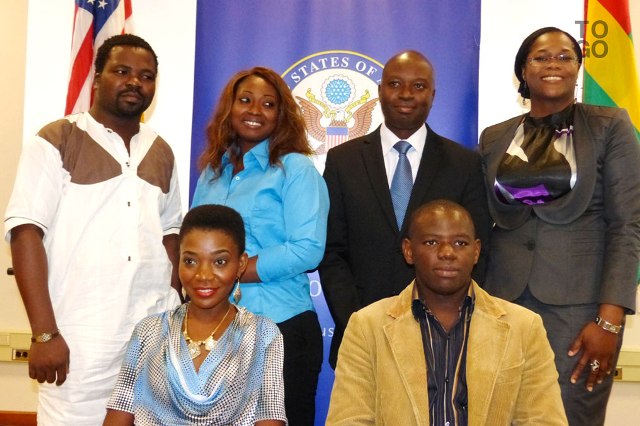 Launched in 2013 by President Barack Obama, the YALI program includes several sectors of which a seminar of six weeks on leadership organized in an American university and a presidential summit that will gather all the participants in Washington during 3 days. According to the explanations of the Director of the public affairs of the Embassy, David Meron, these six young people are henceforth the « Ambassadors » of Togo in Washington and are going to strengthen their capacities in public administration, community service, leadership, business and in any other domains.

« They are the best selected among 340 candidatures », he declared. On the whole 500 Africans are going to discover the United States and study there during 6 weeks. According to Josita Ekouévi, responsible for the programs at the U.S. Embassy, « on their return, the six prize-winners will become member of the former scholarship holders of the American government program association and will benefit from a financial support for the achievement of their projects of development ».

Barack Obama repeatedly told the young people of the continent that Africa has a promising future and encouraged the young Africans to adopt a positive attitude (Yes, we can attitude).