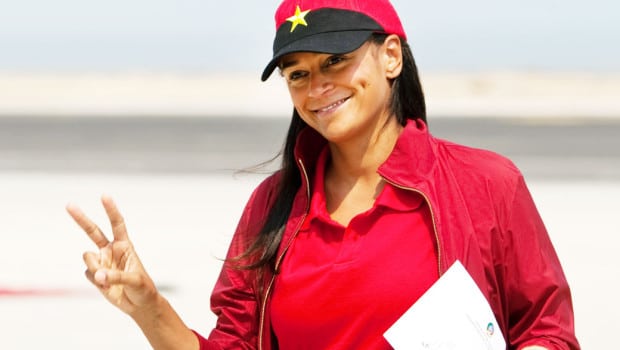 Her fortune is estimated at 3 billion dollars by the Forbes magazine. She is the elder daughter of the Angola President, José Eduardo Dos Santos (in power since 1979) and his first wife, Tatiana Kukanova.

Isabel Dos Santos was born in April 1973 in Baku (RSS Azerbaijan, the USSR), his father then studying engineering there. She was brought up in London after the divorce of her mother where she made brilliant studies in electrical engineering at Of King College, as well as in electric engineering and in business management at the Royal Middle College of the British capital town.

She also met there her husband, Sindika Dokolo, an art collector coming from the Democratic Republic of Congo (son of the founder of the bank of Kinshasa). They got married in 2002 in Luanda. The couple has three children.

She mainly shares her life between Luanda, London, Lisbon and Johannesburg.

Isabel Dos Santos set up her first business in 1997 when she was only 24 years old. It was the restaurant – night club, Miami Beach, in Luanda, the Angolan capital town. She is today the owner of the establishment, Oon.dah

Isabel Dos Santos holds a share of 25 % in Unitel (a participation estimated at one billion dollars according to Forbes), one of the two mobile telephony networks of Angola. She also holds a share of 25% in Banco BIC of Angola for 160 million dollars. In Portugal, she holds about 15 % in ZON Multimedia, a company of cable television in the list, and a little less than 20 % in Banco BPI, one of the biggest highly-rated banks of Portugal. Isabel Dos Santos also has shares in the Angolan company of cement, Nova Cimangola16, a company of which her husband is a board member.

Isabel Dos Santos is described by the Portuguese newspaper, Público as “a businesswoman, extremely intelligent and dynamic, who is also professional and sympathetic”. Financial Times wrote in March 2013 during an interview that “Even some critics recognized the independent talent of Isabel Dos Santos as a businesswoman.”

Isabel Dos Santos is the chairwoman of the Angolan Red Cross. 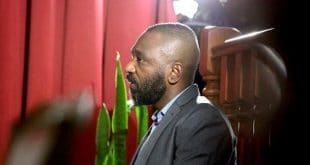 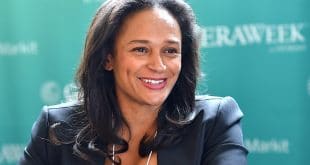