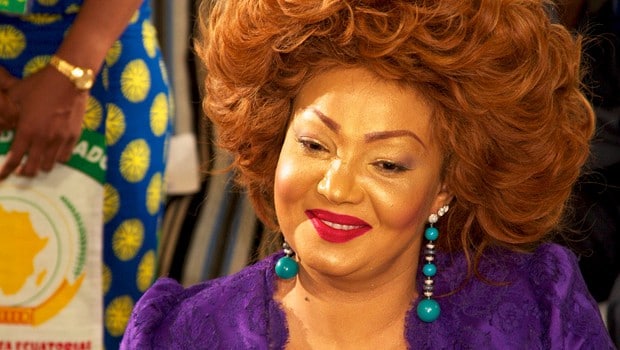 Chantal Biya: the most generous Cameroonian woman of the year!!!

The first lady of Cameroon, Chantal Biya was appointed the « Best sponsor of the year » during the 10th edition of the cultural event, Canal 2 Or that took place on 28th February 2015 in Yaoundé. The prize-winner, though present in the room, did not move to receive her prize, creating a debate on the social networks.

The event broadcasted live on the Canal2 channel, was the opportunity to reward the best actors of the Cameroonian music. The young artist Stanley, discovered at the last edition of MTV Africa Music Awards, won the prize of the « Revelation of the year » in front of her opponent, Jovi.

Kiessou Michael with his clip, « Tourner les reins » won the prize of the video of the year whereas Mani Bella got the trophy of the « popular song of the year« .