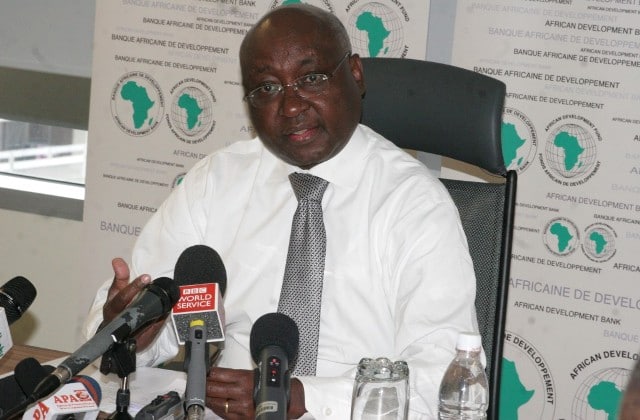 Fight against Ebola: ADB is paying out about 75 billion FCFA

Donald Kabéruka (photo), the boss of the African Development Bank (ADB) group, announced on Tuesday in Abidjan that his institution is going to pay out in the next days 150 million dollars or about 75 billion FCFA for the fight against the Ebola virus hemorrhagic epidemic that has already killed more than 1350 people in West Africa.

« Our services are at work in order to mobilize additional 150 million dollars« , declared Donald Kabéruka who expressed himself at his head office in Abidjan in favor of the signature of a donation agreement for 30 billion FCFA (60 million dollars) with the World Health Organization (WHO) in order to face the Ebola crisis in West Africa.

« These 150 million dollars will be among others, budgetary supports for the affected States, will help to equip health centers, to create jobs for people who do not work« , he added.

He underlined that « Ebola is killing our brave men and women, threatening human life and the economy. In our first estimations, at least for these countries, the loss of 1 % of the GDP, even 1,5 % can occur« .

Receiving this donation for about 30 billion FCFA, Dr Luis Sambo, Regional manager of the WHO for Africa, underlined that this epidemic became worrisome especially in Sierra-leone, Guinea and Liberia because « they are countries with weak capacity« .

« This donation is going to help the stricken countries, will also allow to recruit epidemiologists and sociologists » continued Dr Sambo, assuring the management of this fund with « transparency by looking for better results« .