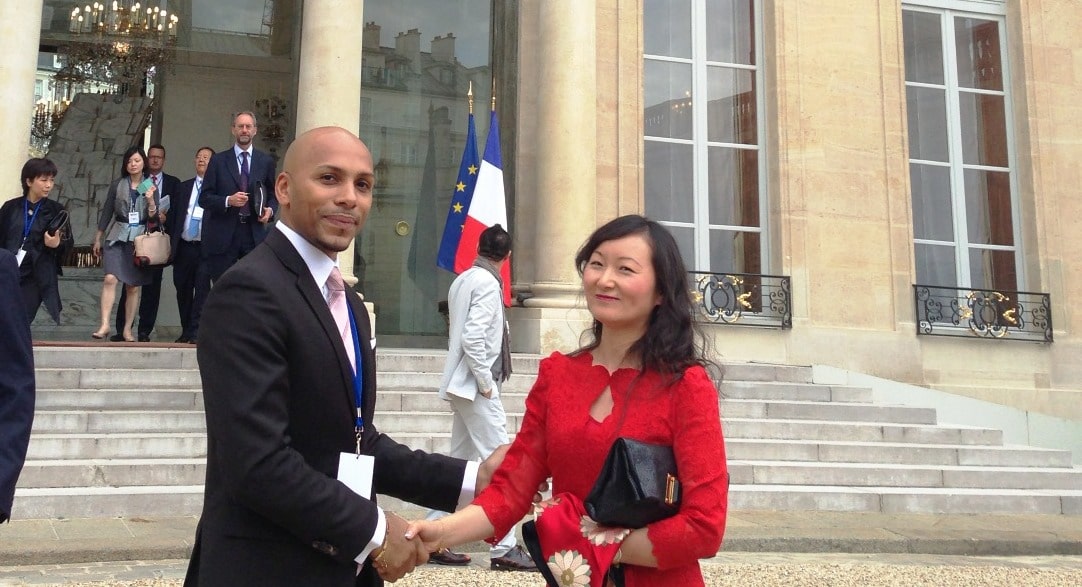 JX Paulin: the French-Togolese turning to Africa after success in China

He was one of the main participants and presenters of New York Forum Africa that took place a few weeks ago in Libreville. JX Paulin is a French-Togolese entrepreneur who has settled down in China since about twenty years already. Being successful as entrepreneur and having acquired a robust experience, he is now trying to settle down in Africa and participate in its development. His brand, MYSIMAX, intends to give access to the high technology to the African students and institutions. Back to the path career of a son of Africa, pioneer in China.

Settling down in China more than twenty years ago
JX Paulin came to settle down for his first time in Shanghai in 1994 with as only purpose of curiosity to discover the secrets of the Chinese traditional medicine. But on the spot, he quickly discovered that it was only the emerging part of a market of an immense potential and in the business vision that totally conquered him. He thus decided to go back there and definitively settle down. After a few years of building up himself for an experience in any kind of activities (hospital sectors, import-export, decoration, consulting activity in China) and of companies, he decided to create the DBX International, his own company in 2004.

DBX is a company that is specialized in the interior design and that got an exponential growth ten years ago. At present, the company counts not less than 200 employees and generates several million dollars. Nevertheless, since almost ten years, he has been the first observer of the European and American investors rush towards this El Dorado that is China for a long time: everybody wants to benefit from this immense potential offered by the Chinese market while ceaselessly increasing the level of the competition. It is his knowledge and his respect for the market and for the local customs that then allowed him to stand out in front of these mass competitions but not trying to understand and adapt themselves to the local market.

Why turning to Africa today?
The Franchh-Togolese, JX Paulin has wanted for a long time to turn to Africa. Today, the continent presents more the same characteristics that seduced him in China.

Regularly present on the field, JX Paulin quickly notices the growing need in new technologies essential for development. Conscious of this need and the importance that the technological progress in the development of a society after having himself observed the development of China, he then created Mysimax.

Mysimax is a start-up based in China and specialized in the contribution to the technological development of emerging countries. The idea is to give touchpads adapted to the various needs for these countries – for the time being, JX Paulin specifically targets education and trying to set up a set of applications facilitating conditions of learning, care and administration in countries that have a crucial need in high-technology equipment.

He experience in China and the development of his personal and professional network allowed him not to make errors made by his precursors: not making efforts of adaptation and understanding of every targeted market. So, MYSIMAX does not wish to address the private individuals at first, but rather to solidify its presence by creating partnerships with the local investors and the public authorities.

After more than twenty years of entrepreneurial experience in China, JX Paulin noticed the importance of technology in the development process of a country and a continent.

His challenge: Can Africa follow the example of China and become the rising superpower of the next decade?