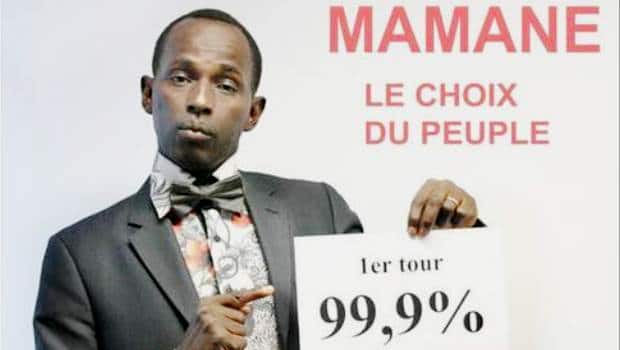 The presenter and the funny columnist at Radio France Internationale (RFI), Mamane, launched last Thursday in Abidjan the very first edition of the festival called « Gondwana« . And it will be held on 4th, 5th and 6th December 2015 at the cultural center, Palais de la culture.

The man who is called the « very highly democratic President of Gondwana« , an imaginary country, underlined to have thought for three years before launching such a project that aims at « reviving and professionalizing the business humor in Africa« .

As regards to the choice of Ivory Coast, Mamane suggested that the country of Alassane Ouattara is today the hub of humor in Africa with the cream of the humorists.

For the latter, it’s high time the humorist was seriously considered and not as a public entertainer.

Let us remind that the Festival of Gondwana will take place in three big shows.

The first evening with Mamane who, in two hours, will depict the geopolitics in Africa since the conference of Berlin in 1944 up to date.

The director of the Palais de la culture, Koné Dodo, that took part in the launching of the festival, seized the opportunity to appreciate the initiative by the organizers.