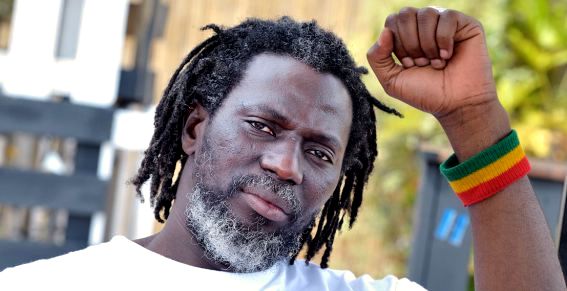 The Ivory Coast star of reggae, Tiken Jah Fakoly has just launched his last song entitled « Dernier appel » (last call) to take out Africa from the underdevelopment, he said.

Through this song, Tiken supported that he « wants to show that agriculture is not a dirty business for the poorest society ».

The artist musician does not thus hide that he is interested in the land in Africa by leading a fight to reach food self-sufficiency on the continent.

Already agricultural entrepreneur with 15 hectares of rice cultivated in 2013, Tiken Jah Fakoly renewed his commitment to fight against food crisis.

« The initiative of Ali Fakara Touré inspires me. When I witnessed food crisis and the riots of hunger in 2008, I was shocked. We have many lands in West Africa, there is sun and it rains. There is manpower but a massive rural migration« , declared the star.

He sings: « No harvest collected without being sown by someone. No hope for our revolts if nobody wants to lead them« .