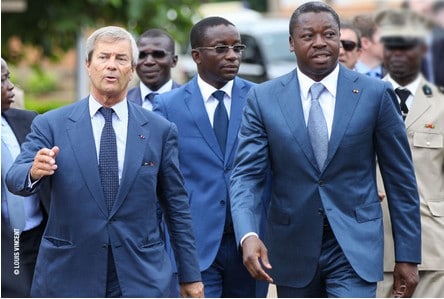 Blue Zone: The new technology to light up villages in Togo

After Niamey, Lomé inaugurated last Saturday the first train which will assure the railroad buckle Lomé-Cotonou-Niamey-Ouagadougou-Abidjan. This immense work will be carried out by the French Group Bolloré. Vincent Bolloré and President Faure Gnassingbé were at the inaugural ceremony. In an interview granted to the site Republic Of Togo, the French investor announced he will use the last generation technologies to light up Togolese villages situated alongside the railways.

What exactly this project consists of?

Vincent Bolloré: it is a set which is the mixture of transportation means with a technological revolution which offers the possibility of storing solar energy and being able to use it to supply energy.

I want to specify that it is Togolese authorities that are carrying the project and we implement it. It is a shared ambition to accelerate development of Togo that benefits from important investments of our group in harbor and logistic domains. We are going to accompany the local railroad company, to launch again the exploitation to join the railroad buckle project.

In this perspective, the renovation of railways for Togolese is a very important thing because more than 30 years ago, there were no more commercial lines.

We built the station, we bought waggons and locomotives and we have just made the first 20 kilometers.

All this is wonderful! But everybody is capable of doing it; it requires money, energy and perseverance.

How did this idea of Blue Zone come into being?

There is a real revolution, solar energy. Everybody dreams about it but the problem is that the sun does not shine 24 hours a day and that it was difficult till then to store energy received during day time.

Our Group invented batteries that store energy which we can use when we need it. It is a totally autonomous unit

In rural zones where there is not enough electricity, that can give possibility to populations to charge machines, mobile phones, to have light, water, access to internet,

Does Blue Zone exist in other countries?

Togo is the first to be equipped.

By launching it in Togo, what are your expectations?

Bolloré is a big group created by my very far forefather in 1822. I am the 6th generation and when have the opportunity to develop technologies which can revolutionize the world, you have the desire to make it profitable to everybody.

It is a considerable work that was done here by Charles Gafan (managing director for Togo) and by his team.

What will be the next stage?

The same Blue zone will be installed in Tsévié, Aného and in other big towns of the country.

Do you believe in it?

When you believe in something, you do it. If it works, it is a revolution and if it does not function, you have at least tried. 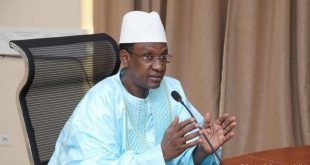