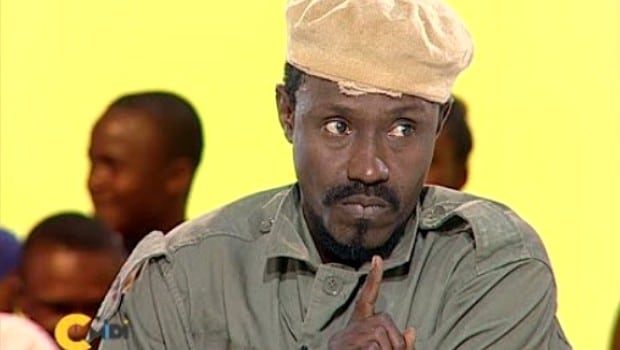 Commissariat de Tampy: Oyou not very happy for his fees

The actor-comedian, Eugène Bayala alias Agent Oyou, is not satisfied at all with his financial treatment in his quality of key actor and even the funniest of « Commissionership de Tampy » (Tampy police station), a Burkinabe police TV film that continues making the happiness of thousands of household of the West African sub-region.

The love-struck of his colleague « Poupette« , who is daily disrupted in the exercise of his duties by his rival, Chocho, the manager of the cafeteria of the police station, supports that the director gets richer on the backs of the actors with the « big incomes » generated by the successful series; a situation that obliges him to be interested in activities other than cinema.

As a reminder, Eugène Bayala embodies the character Oyou, a police agent always drunk, even if the actor is sometimes misunderstood.

« I have no problem with the policemen, except only once when we go to make the projection of the series in the National School of Police. A policewoman comes to me and tells me that I spoil the name of the police. I reply to her that it’s good in this case, because my role is in fact to denounce the bad behavior of certain policemen. Because my objective is to help those who have this bad behavior to correct it. It is the proof that I succeed in doing well what the director asks me. Otherwise, I am neither Oyou nor a drunkard in the real life« , declares the agent.

By the way, Oyou did not forget to talk about the difficulties related to the Burkinabe cinema.

« The authorities do not want to invest in cinema. They just need you to make show during their various ceremonies. But, when it is the matter of financing projects that give chance to new talents to excel themselves, they forget about », regrets the comedian.

« There are still actually some rooms. But the managers of these spaces request a rate higher than the one of the directors. Cinema is made to be broadcast and sold all over the world. That is why I say that government has to really get involved in the sector. Because we need to produce movies for the international« , underlines Oyou.

Eugène Bayala starts his career in 1992 through sketches in the municipal bands. In 1995, he joins the « Marbayassa » company of the Burkinabe Radio Television (RTB) before acting in several serials among which « Le galon du Yennega » in 1998, and « Sita » in 2001.

In Burkina Faso, the funs of theater discover him in the play « La vache des griots » that got a real success. Afterward, he is used for several sensitization sketches. But his international fame comes from the television series « Commissionership de Tampy« .

The editorial staff proposes you one of the episodes of the series: « L’Age d’or » (The Golden age). Enjoy it!