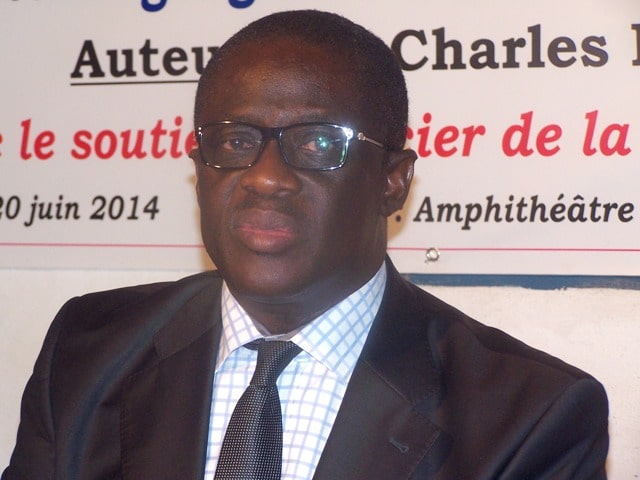 Dr Charles Birreagah: defender for widows and orphans in Togo

This good fight coming to support the efforts of the government is multiform. Worried about the situation of this vulnerable stratum of society characterized by a heavy suffering, Dr Charles Birreagah broke the silence.

In the presentation of the author, the collection includes 45 moving testimonies by the widows, victim of widowhood rites.

Rites deeply rooted in the Togolese society that Dr Birregah qualifies of « degrading, humiliating and that constitute an infringement of human dignity » or a fully « perverted » custom where greed and sadism have free reign.

Referring to his deceased mother to whom he dedicates this collection and on whom the same rites were imposed in « inhuman » conditions after the death of his late father, the author calls on to all the actors of the society to put a lot into the fight against the distortion of the widowhood rites.

For the latter, widows are oppressed and the era of the widowhood rites is over. He thus considers that it is necessary to stop these « barbaric » and « medieval » practices.

« I often compare the situation of the widows in Togo to the situation of slaves. They are oppressed and reified. As soon as the husband dies, the widow has not more right. She is trailed around in the widowhood rites, kicked out, deprived of belongings and she has no more right on anything. She is considered as a witch », he shouted out.

« Today, we want to show to the whole world that these widows also have right of citizenship. I wanted to be their spokesman in order to invite the nation to help these women who are suffering on several levels: financial, moral, health, etc.« , thrown Dr Charles Birregah.

« If we want social peace in Togo and elsewhere, we have to take care of orphans because they are the one who rebel », declared Dr Birregah who said to have taken his source of motivation from the Bible in particular through the passage of Jacques 1: 27.

Message particularly addressed to men (husband) who, according to Dr Barrigah, in their lifetime, have to be the first ones to make a commitment to say « NO » to widowhood rites.

« This fight is for men and not women. The freeing widow from widowhood rites first of all concern men », he supported.

At the level of the government represented in the dedication ceremony by Mrs Dédé Ekoué Ahoefa, Minister of Social action, promotion and elimination of illiteracy, great efforts are made in this way. We note the adoption of a new Code for people and the family, improving thus the status of the widow.

The Minister Ekoué appreciated for her part, the quality and the relevance of the work that draws back the suffering of widows the way they lived it themselves.

For the latter, the collection is a powerful document of consciousness awakening, an instrument allowing fighting more against abuses against the widow in Togo.

« We support this collection that is an instrument going to mobilize, educate and make sensitive because acting in favor of the widow, it is to be by the side of the family and the child, it is acting in favor of economic development », asserted Mrs Ekoue.

He is moreover founder of the « Ecole Supérieure des Affaires (ESA) » (Business College) and manager of the cabinet « Audit et d’Expertise Comptable (AEC) » (Firm of audit and Chartered accountancy).

The quality approach in the vocational training and in the service offered allowed his school ESA and his AEC cabinet to be certified ISO 9001 version 2008 in May 2013.