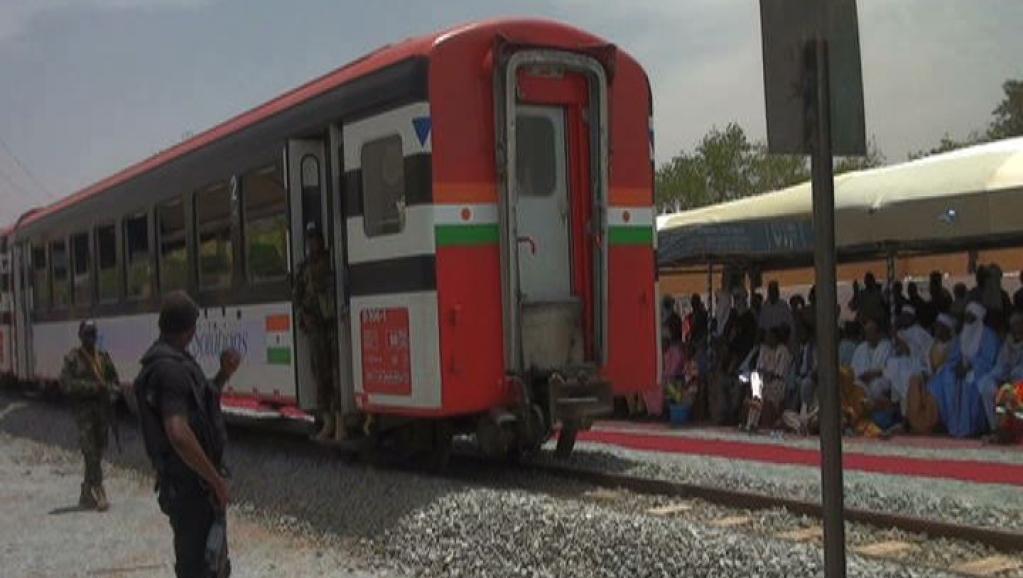 The president of Niger inaugurated on Monday, 7th April in Niamey, the first railroad station of the country. Awaited 80 years ago, the station of Niamey is the first stage of the vast railroad network Cotonou – Niamey – Ouagadougou – Abidjan (2 728 km).

The project, carried out by the French group Bolorré to allow Niger to have means to get closer to the sea. Presidents from friendly countries Togo (Faure Gnassingbé) and Benin (Yayi Boni) took part in the event.

The president of Republic of Niger, Issoufou Mahamadou, did not choose at random the inauguration date of the historic railroad station of his country. The ceremony was scheduled within the framework of the celebration of the president’s third anniversary activities at the head of Niger.

Niger hopes to find a solution to high cost of living with this new railroad network. It will contribute « to prices reduction and to have products at affordable prices », indicated Niger president of Chamber of Commerce, Moussa Sidi. Inhabitants of Niger should still wait before joining Benin by train. There are 574 km of rails to lay to reach Parakou (Benin).