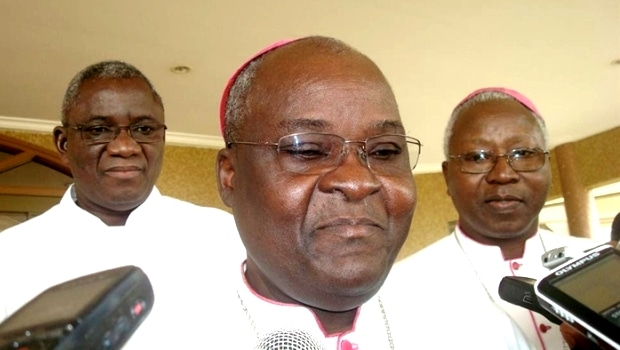 National reconciliation in Burkina: Mgr. Ouédraogo, the right man for the job!

Set up in December 2014, the national reconciliation and reforms commission appointed Bishop Paul Ouédraogo, archbishop of Bobo – Dioulasso, as its chairman. It was at the end of the first session of the aforementioned commission held on Tuesday in Ouagadougou. The works were supervised by the dean, Joseph Kabré.

« The commission was in meeting this morning. We started by getting organized and decided to work in consensus way. Thus, we made proposals, we discussed, we gave ourselves ideas« , explained the chairman, Mgr. Paul Ouédraogo.

He said to be aware of the « very heavy » responsibility he henceforth assumes. He promised to work in solidarity with all the commission members to answer, as far as possible, the expectation of the Burkinabe people who « actually needs, not only this reconciliation but also of reform« .

The subcommittees that compose the commission were also endowed with chairmen. So, the subcommittee « Truth, justice and reconciliation » is chaired by Lucienne Zoma, the « constitutional, political and institutional reforms » is managed by Me Guy Hervé Kam.

The subcommittee in charge of « electoral reforms » is assigned to Salifou Sangaré whereas the one related to the « Public finances and respect for the Public good » has Pr. Salif Yonaba as chairman.

As for the subcommittee in charge of « management of media and information« , it is under Edouard Ouédraogo’s responsibility.

As a reminder, the commission was created 40 days after the fall of the former president, Blaise Compaoré, at the end of 27 years of power.

The structure is in charge of « rehabilitating consensual positive values » in a post insurrectionary context in Burkina Faso.