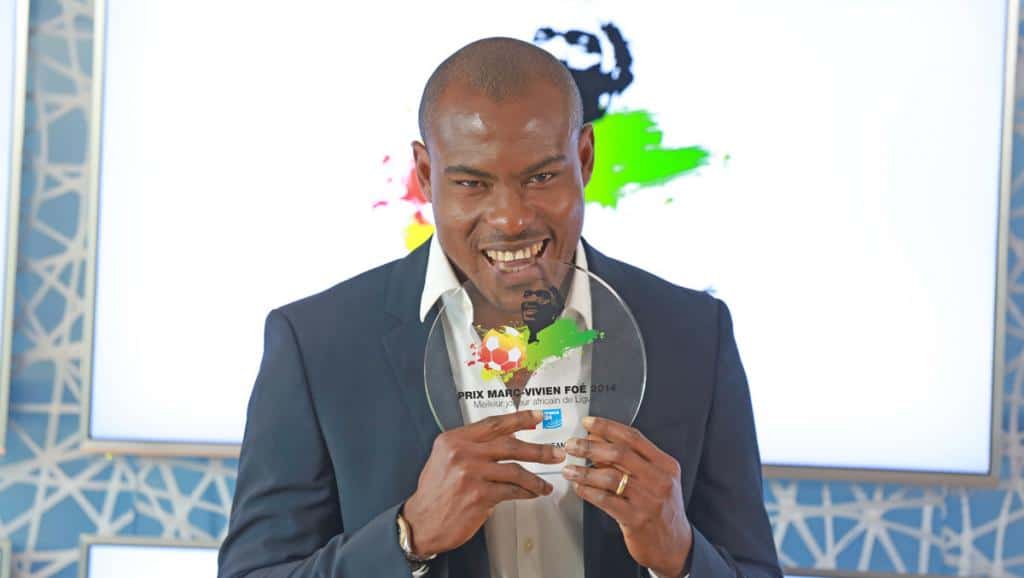 Marc-Vivien Foé Prize: the Nigerian Vincent Enyeama at the top of Africa!

Vincent Enyeama brilliantly ended the season. The goalkeeper of Lille did not finish celebrating the third place of Lille in the final classification of the French League 1 before being appointed on this 12th May, prize-winner of Marc-Vivien Foé RFI / France 24 Prize. The Nigerian is the first goalkeeper and the English-speaking player to have won the prize which rewards the best African football player of the championship of France.

For 1062 minutes (almost 12 matches), the goalkeeper of Nigerian origin has not taken any goal during the season which has just come to an end. This myth of invincibility kept by the former goalkeeper of Enyimba put him in front of his competitors, the Cameroonian defender of Lyon Henri Bedimo and the Ivorian Salomon Kalou in the competition for the title.

In spite of his nice performance, Vincent Enyeama refused be appointed as the best African goalkeeper. « There are so good goalkeepers whom you do not even know, whom you did not even see … They do not all have chance to be at the front of the scene. There is a Togolese goalkeeper of Reims (Kossi Agassa) who is doing a formidable work with his club (…) » He declared.

At first, the European adventure was not easy for the Nigerian. On his arrival at LOSC in 2011, he was the subtitute of Mickaël Landreau before being lent for a season to Maccabi Tel-Aviv, Israel. The player in an interview granted to RFI, asserted having suffered from racism.

The Gabonese Aubameyang won the trophy of the last edition.