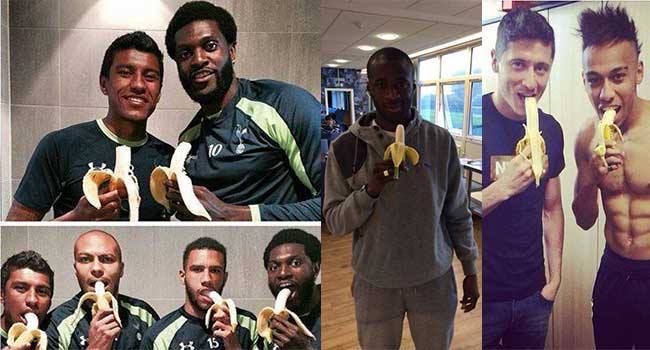 Against racism: African stars mobilized than ever

It was this dirty behavior from a tactless supporter that worked in favor his victim. Last Sunday as he stopped executing a corner kick, a banana was thrown at the Brazilian defender Dani Alves. The player in reaction to this racist act (treating the player of monkey), took the banana and eat it.

In support to the player, other icons of African and world football published on social networks pictures with banana in hand. International Togolese Emmanuel Adebayor, the Cameroonian Samuel Eto’o or the Gabonese Pierre-Emerick Aubameyang entered into the spirit of the game.

Dani Alves strongly criticized Spain after this scandalous act. « Spain considers itself as one of the first countries in the world, but they are very late on certain things. There is a lot of racism with regard towards foreigners. Fifa should look into this side. It was incredible. I realized this action without thinking of consequences. The world is moving forward and we should follow it« , he indicated on Globo Radio station.