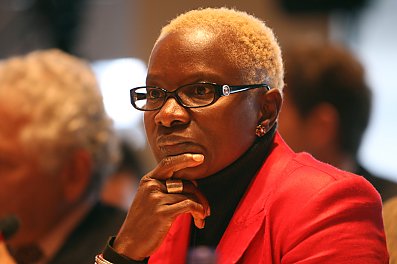 Angelique Kidjo: The most influential woman of Africa

The Beninese singer, Angélique Kidjo belongs to the list of the most famous African women who make move Africa. The success of her song artist career made of her a major personality on the continent. Forbes Magazine recently appointed her as the most influential woman of Africa.

She is one of the rare African singers to win prizes and distinctions worldwide.

Angélique Kidjo is known by the variety of her musical influences and the originality of her clips. Many of her songs remained for a long time at the top of world hits, as Agolo, We We, or Batonga. BBC included her in its list of 50 icons of African continent, and for Time magazine, she is not other than « the First African diva ». Guardian completed the list by making her appear in its classification of the most influential 100 women of the world.

A fame indeed, and especially a talent which allowed the artist to promote value of African music worldwide but also to defend promotion of women through Batonga foundation which she created to support education of girls on the continent.

At the beginning of her international career in 80s in France, the singer was rewarded more than thirty times, among which two at the famous Grammy Awards for « The best album of musics of the world ».