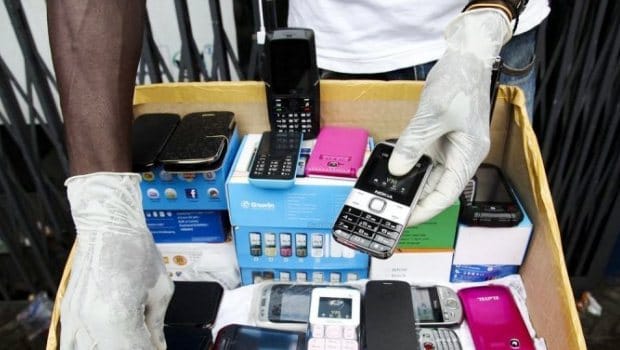 Ebola epidemic tendency increases according to the last figures published by WHO.

In front of urgency, all means are good and all the tracks are to be explored to end up with Ebola virus that continues killing people.

All over the country in Guinea, logistic equipment among which mobile phones is going to be put at the disposal of the populations within the framework of the fight against against the disease.

It is Dr Sakoba Kéita, the National Health Coordinator who released the information.

According to the latter, this action is within the framework of an initiative plan from the international community that will be experimented at the same time in Guinea, in Liberia and in Sierra Leone.

« Treatment centers in the main cities of forest Guinea, particularly in N’Zérékoré, Beyla, Lola, Yomou by the end of October, are listed among the priorities of this control plan« , underlined Dr Kéita.

The matter is to use mobile phone data to determine the zones where Ebola virus could potentially affect the population.

The system strengthens the efforts regarding retort, particularly in places where closer follow-up is difficult.

The National Coordination for Fight against Ebola is operating the control plan that is going to be spread over 90 days in order to contain the epidemic.

It indicated that a staff training that must serve in the sanitary structures began.