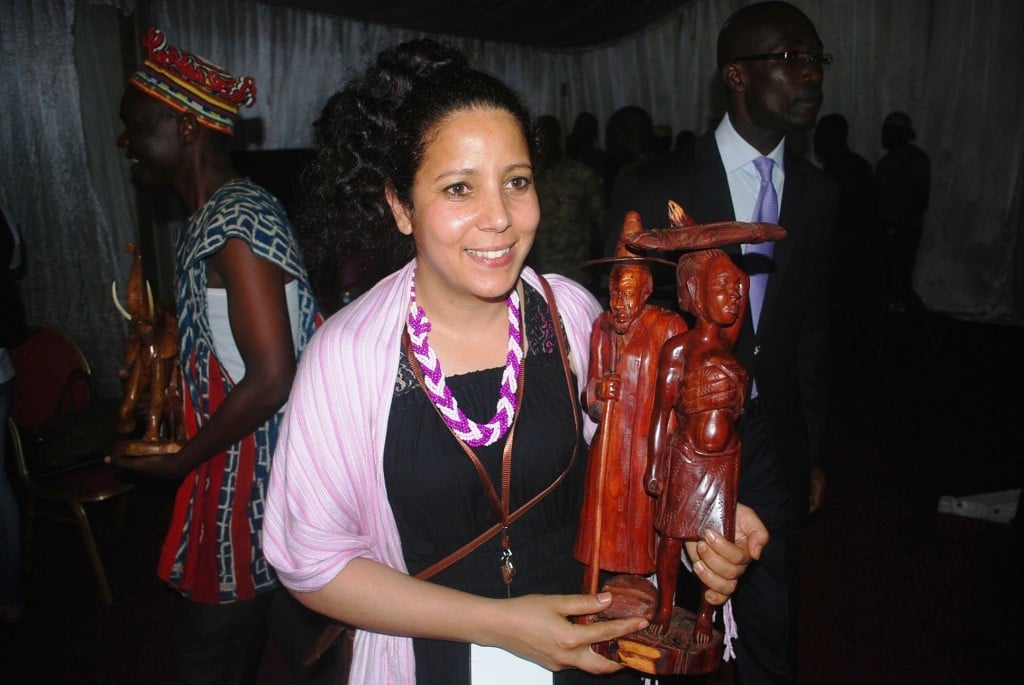 Moroccan art was under the spotlight during the first edition of Ivorian Craft Fair that came to an end last Sunday at Treichville Sports center (Abidjan). International cultural Appointment was the opportunity to reward several actors working for promotion of the sector. All in all eight prizes were awarded at MIVA 2014 closing ceremony. Morocco won the Prize of the « Best participant country » and « MIVA Prize ».

With its pavilion « Le Royaume au MIVA 2014 (Kingdom at MIVA on 2014) », 400 m2 for 17 stands, Morocco could not miss the « Best participant country » Prize of the first edition of Ivorian Craft Fair (MIVA 2014). Moroccan art was also valued by the « MIVA prize » which was awarde to Laksis Fatima. The Moroccan shared this title with the Malian (woman) Tinder Danioko and the Cameroonian (woman) Tassa Hilaire.

« I am happy for this prize that I dedicate to all Moroccans, to His Majesty in particular, who is greatly doing for promotion of culture in generally and of craft industry in particular. It is with pleasure that I participated in the MIVA« , indicated Laksis Fatima, chairwoman of craftsmen cooperative of Morocco.

For Ivorian minister for Promotion of youth, sports and leisure activities, Alain Lobognon, representing the Prime Minister Daniel Kablan Duncan, MIVA was organized within the framework of marking activities of year 2014, « year of craft industry ».

« It is for this idea that government adopted the Code of craft industry as instrument of modernization and professionalization of this sector. (…) Else where, it would be millions of visitors that we would have seen but we are in Africa. I dare to believe that in future, African craft industry will be celebrated by Africans themselves », indicated the minister.