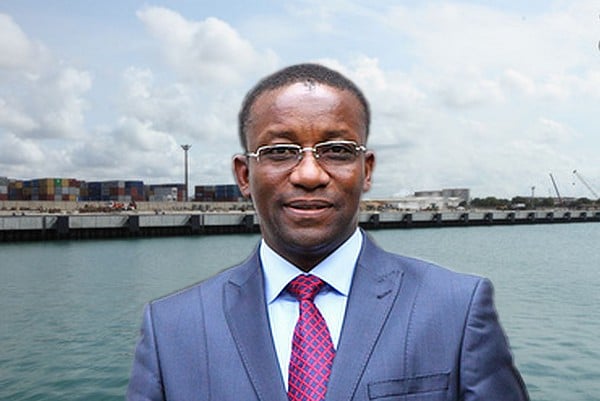 Togo: Port of Lomé more competitive with its 3rd platform.

The French group, Bolloré wants to make of the autonomous port of Lomé, one of the first with deep water in the sub-region. It made a commitment to support Togolese government in the building of the third platform of 450 meters long and 15 meters deep. For a total cost of 300 billion FCFA, the work that is carried out within 18 months will be delivered in a few weeks according to Charles Gafan, representative of Bolloré Logistics in Togo. In an interview granted to gouvernmental news site of Togo, he specified the impacts of the third quay on Togolese economy. Africa Top Success proposes you below the complete interview.

Things went so fast. Less than 3-year-work and a real exploit!

At first, Bolloré Group wished to realize the work in two stages; at first a 300 meter quay, then its extension later. But when the works began, Vincent Bolloré indicated that he released financing to directly build 450 meters.

Is it for this Reason that the project cost 300 billion?

Yes, but I want to specify that in any case, Bolloré had made a commitment with Togolese government to invest this amount. Moreover, it is not 300 billion for the platform only, but also for development and extension of the terminal, modernization of the gantries, computerization etc. All the staff will be equipped with terminals allowing a management in real time transshipment and storage operations. Customers can follow in real time handling and delivery process of their containers.

What will be direct benefits for Togolese economy?

The container terminal is going to allow doubling the capacity of the harbor with the reception and the storage.

The platform will be operational in the coming months.

Concerning employment, 500 new collaborators will be recruited and more than 800 indirect jobs will be added. The staff will be composed of Togolese in a great majority.

Customs and taxes will be the major beneficiaries with an annual handled volume much more important, thus, more resources for national economy.

Do ship owners already express their interest for this modernized port?

It is obvious. Super-containers coming from Asia are going to choose the port of Lomé for its depth, its speed of handling, its opportunities of transshipment and for its geographical position which allows to target countries of Hinterland.