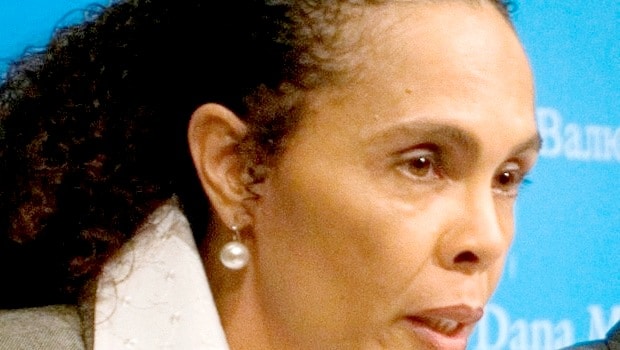 ADB: the Cape Verdean candidate for the structural development of the continent

Last Wednesday in Dakar, the Cape Verdean minister of finances and Planning, Cristina Duarte, candidate for the chair of the African Development Bank (ADB), promised to lead Africa to a « structural development » if she is elected. It is our colleagues from the APS agency that reported the news.

During a press conference in the Senegalese capital town, Mrs. Duarte said that her candidacy based on the « credibility » of Cape Verde and the role she played herself as Minister of Finances and Planning in « the institutional and financial development » of her country.

She asserted that her program is based on six main points among which « innovation », « private sector », « regional integration » and « financing ».

« The ADB has to remain an African bank. It must be even more powerful and must mobilize new financial partners« , estimated Cristina Duarte.

« Cape Verde can keep its equidistance with the three English-speaking, arabic-speaking and French-speaking blocks » from the BAD, said this candidate, citizen of a Portuguese-speaking country.

Cristina Duarte ended with Dakar a West-African tour she has undertaken since Saturday. She was in Abidjan (Ivory Coast), Accra (Ghana) and Nouakchott (Mauritania).

She is the only woman among people desiring to compete for the chair of the ADB. The election will take place during the annual assembly of the institution planned next May in Abidjan.