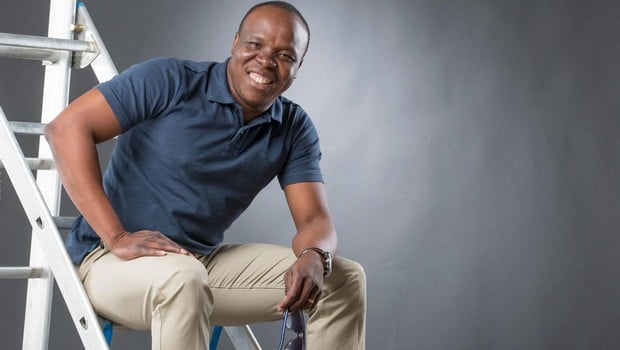 2014 has been a successful year for the Ivorian artist, A’slafo (of his real name Salif Traoré). The vocal leader and founder of the Magic System group is at the top of his glory with the 16th gold disc he won in September 2014 with « Africainement Vôtre« , the last album by the group.

Before this nth distinction for A’salfo and his group, the native of Marcory (district of Abidjan) was raised to the rank of Ambassador of Human Rights by the Ivorian Minister of Justice, human rights and public liberties, Mamadou Gnénéma Coulibaly in August 2014.

Promoter of the Anoumabo Urban Musics Festival (Femua), Asalfo triumphantly launched in April 2014 the 7th edition of the event which got the participation of several African stars as Alpha Blondy, Pierrette Adam or Amadou and Mariam.

On 17th July, A’slafo was honored to be a part of the delegation of the French president, François Hollande who visited his Ivorian counterpart, Alassane Ouattara. « I am much honored to know that I am again invited by President Holland to accompany him in his official visit to Ivory Coast« , declared the artist.

With the song « On air » that has become the hymn of the French team at the World cup 2014, the reputation of the Ivorian group is beyond the borders of Ivory Coast. The fame of A’slfo and his implication in the domains of education and culture was worth to him in September 2014, the renewal of his Unesco goodwill ambassador mandate.

In fact, the star of Zouglou gracefully offered a nursery school to the municipality of Marcory (Abidjan) outside Femua 2014.