dernières nouvelles
Accueil / Business / Hadeel Ibrahim: daughter of a billionaire and a woman of action! 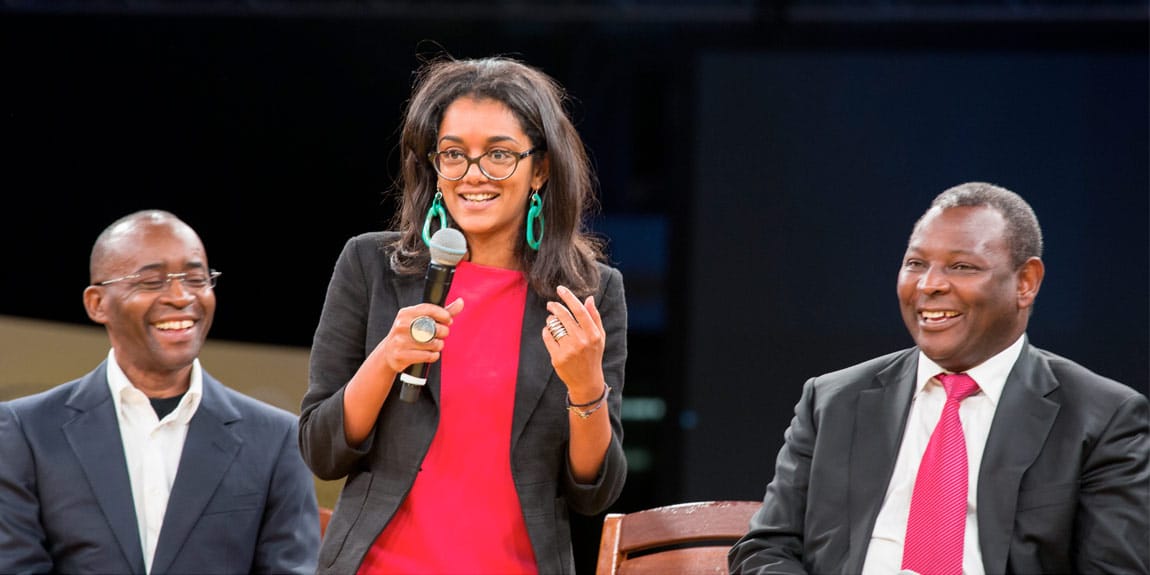 Hadeel Ibrahim: daughter of a billionaire and a woman of action!

Hadeel Ibrahim (29 years old) is among Africa young leaders who hope that a new Africa is possible.

The daughter of the billionaire Mo Ibrahim – Forbes estimated the fortune of the Sudanese at 2, 5 billion dollars and classified him among influential people of the world- executive director of the foundation that carries the name of his father, has introduced since 2006, the « Leadership of excellence » prize supposed to reward good governance on African continent. This prize for 5 million US dollars intended to African heads of states, did not find a winner for the fourth consecutive time.

Poor and vulnerable people are not the only priority of the English-Sudanese young woman. Hadeel Ibrahim is also working for the preservation of cultural patrimony by her commitment in the LEAP program of the UNESCO.

In February 2014, during a conference of heads of the governments, Hadeel presented in Barcelona (Spain) a communication on social use of mobile phones. She demonstrated that general use of mobile phones participates in the empowering of individuals by increasing their productivity and improves their access to basic services in peacetime as well as in disaster time.

Within the context of the edition 2014 International Woman’s Day celebration, Hadeel Ibrahim was classified by Jeune Afrique magazine among the 20 women who are moving Africa.