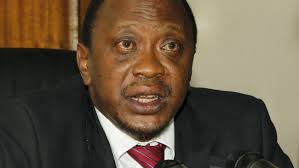 The Kenyan president Uhuru Kenyatta: he drives down his salary!

Kenya has to turn down their public expenses! And the Kenyan president, Uhuru Kenyatta set an example!

He has just announced that he drove down his salary at 20 % and the same for his vice-president, William Ruto. Ministers are also concerned; they will earn 10 % less!

And to justify his decision: « Conscious of the increase of wages bills, my vice-president and I are going to drive down our pay at 20 % and our ministers accepted a 10 % reduction with immediate effect ».

Mr Kenyatta’s monthly presidential salary – whose family appears among the richest in Africa – is going to pass from 1,237 million schillings to 989.600 schillings (approximately 8.250 euros). The minimum wage for unskilled worker in Nairobi is fixed at 8.500 schillings per month.

« We hope that other governmental institutions will follow and will have their salaries revised. Parliament members understood and know what Kenyans want ».

“Attacking salaries and official advantages granted to African heads of state and government is not easier thing. The task is proved to be even particularly delicate in some countries. Among the most opaque on which we did not succeeded in collecting any information: Sudan, Gambia, Eritrea, for example.

Some countries of the Sahelian band (Mauritania, Niger, and Chad) also become famous for their opacity.”

The best paid head of state is the South African Jacob Zuma, with a monthly remuneration of 19 765 euros. The “smallest” official salary is the one of the Cameroonian, Paul Biya, paid at 200 euros a month for its mandate as President.

Discover all the salaries published by “Jeune Afrique” magazine – Here –