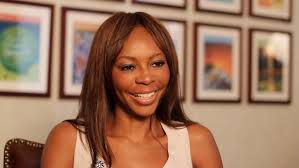 Dambisa Moyo: the Zambian intellectual who is shaking Africa!

Dambisa Moyo, 43 years old, is a woman of conviction and she expresses it through her pen.

Her third book has just come out: she attacks insatiable appetite of China in Africa. A controversial book as the preceding ones. For her, the Middle Kingdom forged links with Africa and Latin America, depriving western countries of potential business.

In 2009, her first book, Dead Aid, had already aroused a deep debate: she attacked the foreign aid asserting that it could worsen the situation in Africa rather than improving it, and advocated instead, a free-market policy. « The policy of assistance has nowhere in the world, reduced poverty or stimulated growth. The worse, its pernicious effects are obvious: it encourages corruption, weakens equity, and endangers private investment. [..] In 1970, 11% of Africans lived with less than 1 dollar a day. Thirty years later, we were 66 %. »

She declared her Peter Thomas Bauer loyalties, to whom the book was dedicated or her William Easterly loyalties.

She thought that Rwandan president, Paul Kagamé, seduced by theories which she defended in the book, would have even offered it to his collaborators.

In 2010, she published a book on the United States which she described as a « giant with fragile feet on the way to lose its world hegemony ».

Dambisa Moyo was born in 1969 in Lusaka, Zambia. She studied in her country before joining Oxford where she obtained her doctorate in economy as well as a Master’s degree in Kennedy School of Government of Harvard University. She also had a MBA in finance and a bachelor’s degree in chemistry, both obtained in American University of Washington D.C.

She was the former head economist in charge of sub-Saharan Africa at Goldman Sachs from 2001 to 2008.

In 2009, she was listed by the classification of the American magazine Time which published the honor list of the most influential hundred women in the world.

Today, she shares her life between London and Paris.